Android Apps vs. iOS Apps: How does their Cost Compare in Singapore 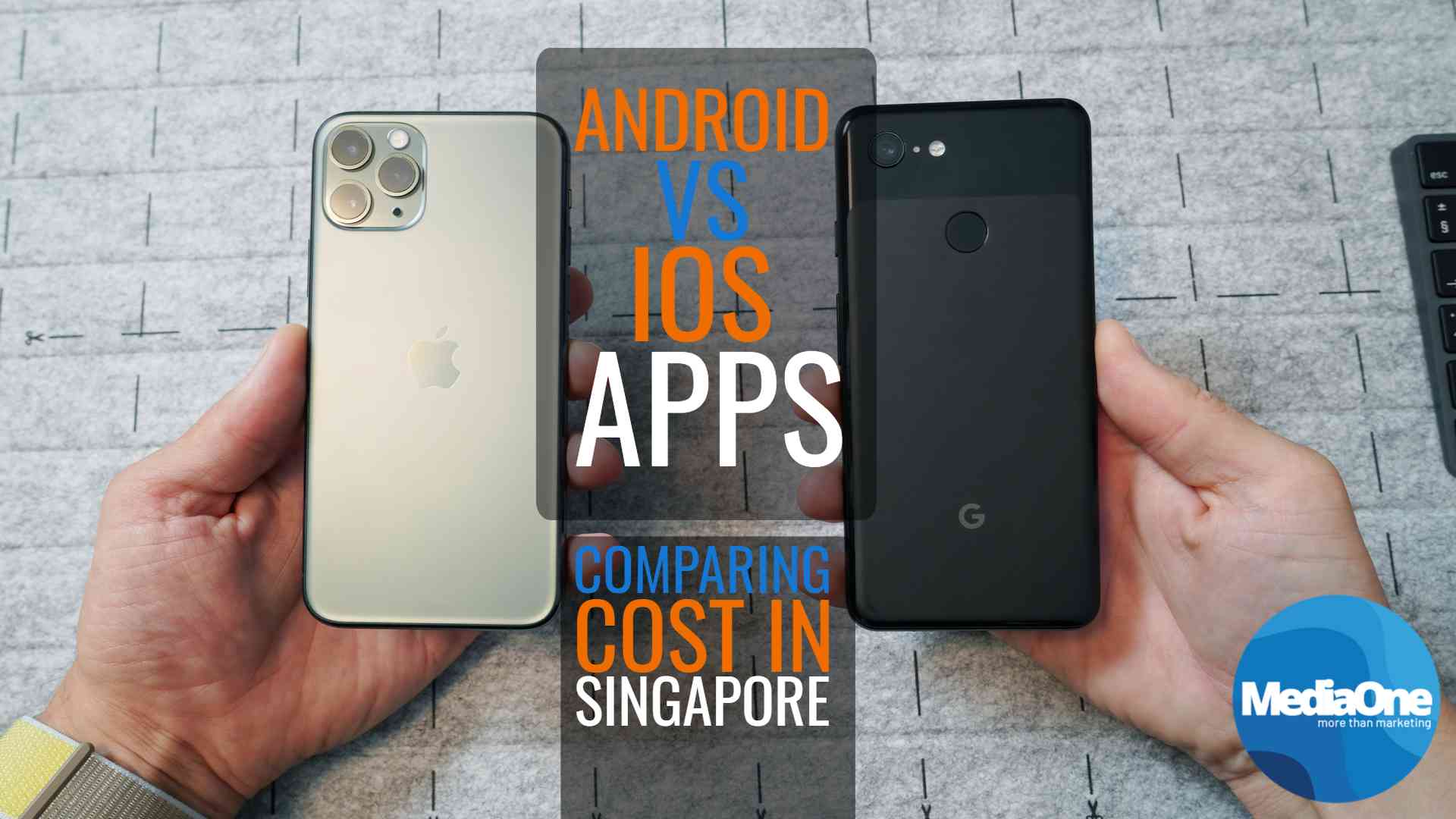 The first dilemma you have is: to develop an Android app or an iOS app? Hopefully this video will clear this up:

Most agencies will charge you about SGD 40,000 to create a sophisticated mobile app which might still be a shadow of top apps such as Snapchat or Facebook. For even more complicated apps such as Uber, it will cost you a good SGD 40, 000 for iOS and about SGD 38, 000 for Android.

Sophisticated ecommerce web and mobile apps such as Amazon are the most expensive of the bunch, with most agencies charging roughly SGD 45, 000 to build one from scratch.

Building a basic level app from scratch shouldn’t cost you more than SGD 10,000, regardless of whether you’re building one for iOS or Android platform. Hiring a mobile app developer to design the same app instead of taking the agency route should lower the cost by 50%. However, don’t expect the developer to beat the same deadline or design the same quality of the app as an agency that’s operating with a team of developers.

Keep in mind that the initial cost of setting up an app is also affected by several other variables. But generally, Android apps tend to be much cheaper than iOS apps. And that’s mostly because it takes a lot of technical skills to set up an iOS app as opposed to setting up an Android app. Plus, Apple has a much stricter verification process compared to Android.

Other Variables that Come into Play

Experienced app developers in Singapore can charge up to SGD 250 for every hour of work. That should cost you about SGD 30, 000 to set up a standard version of any app, and an extra SGD 15, 000 to refine it and bring it to completion.

Singapore is ranked fourth as the country with the highest app development cost in the world – next to Australia, North America, and the UK.

Keep in mind that none of these costs is fixed or written in stone. Meaning, the cost of building the same apps will be varying from company to company. So it’s sagacious to shop around with different agencies before settling on one.

Shopping apps are among the cheapest apps to build in Singapore – with their average cost ranging from SGD 20, 000 to SGD 40, 000. The cost of building the apps will also be varying depending on the size of the developing team and the number of hours pumped into the project.

Here are different types of apps and the approximated cost of building them on iOS:

Uber is included among some of the most Sophisticated apps you can build. And that’s mostly because they have some of the most complicated features such as GPS that somehow place them on the technical end of app development. The application is also known for operating in real-time, which increases the technicalities involved in building them a notch higher.

Setting up a social media network such as Twitter, Facebook, or snapchat, is not easy. These apps tend to pack loads of features, besides requiring a certain level of perfection. First, there has to be a newsfeed or timeline that updates in real-time, an option for uploading pictures or updating status, and most importantly a profile section for every user that signs up.

Online market place apps such as Amazon are among the most complicated of these apps. These apps tend to pack loads of features and high-end functionalities that make them a little too technical to build. Plus they have to be built in such a way that they handle heavy traffic. Not forgetting the need to include a secured payment gateway.

Building an app such as product hunt will cost you a cool SGD 35, 000. With this app, there has to be an option for adding a new listing and viewing existing ones. Users must also be allowed to comment or review the items listed.

They’re among the easiest apps to build, which makes them the cheapest of the bunch.

For Android App Development in Singapore

To build a dating app such as Tinder, most agencies and mobile app developers in Singapore will be charging roughly SGD 35, 000 for the entire project.

Surprisingly, social media apps such as Snapchat or Facebook are among the cheapest apps to build, with the cost of building one ranging from SGD 24, 000 to SGD 28, 000.

This cost highlights gives a ballpark estimate of what an average developer or agency will be charging you for the app. From there, the cost can either swing much lower or higher depending on the developer in question.

Hiring top developers in the country might cost you much higher than the stated cost. Some will be charging you based on the hours they work – with each hour of work going at SGD 250 or thereabout.

Building an app isn’t the same as building a basic site. So don’t expect your app to be shipped in a week or two. If anything, it’s upon the developer to decide on the timelines and come up with a deadline.

For sophisticated apps such as Tinder, Snapchat, YouTube, and Twitter, it should take the developer at least four to 12 months for the developer to ship the app. Simpler apps such as Facebook and YouTube, on the other hand, will take at least three months to ship, with the deadline running up to six months.

Remember, the stated price estimates are for building standard versions of the apps. To add extra features from the ones listed, you’ll be expected to top up the amount by at least half of the initial amount you were charged.

Meaning, if you were given a quote of, say, $30, 000 to build an app, that amount will only be covering the standard version of the app. So should you feel like adding more features, expect the developers to charge you another $15, 000 for it.

Where you have no issue trading quality for a cheaper option, check out with freelancing websites such as UpWork and Freelancer, where you’ll have developers competing for the job by lowballing each other. This will work to your favour, where you end up spending less than $5000 on the app.

But then again, don’t expect the app you get from any of these platforms to pack the same level of sophistication as an app you hired top-of-the-shelves developers to build.

For all we know, experienced developers, who most likely have handled a similar project before, don’t undercharge themselves. Most of them operate on expensive hourly rates, and if you were to compute the number of hours dedicated to the project and multiply it by these rates – then there’s a fair chance you’ll be spending an even higher amount than our initial estimates.

Plus hiring developers directly puts you at risk of being served a canned script. And while these scripts may seem like a viable option to some people, almost all of them are built hastily using finicky frameworks that limit their capabilities or make them unreliable.

These scripts are usually loaded with bugs and poorly written codes that are a pure headache to work around.

Here’s the cost of hiring a developer from other parts of the world. Remember, most of these developers charge per hour.

Those are the rates of developers from other parts of the world as surveyed from mobile apps companies and freelance sites.

Developers from the US, Canada, and the UK are considered the most expensive, with their rates sometimes going up to $300 an hour. It bears repeating that Singapore is ranked fourth as the country with the most expensive developers in the world.

Indonesia has the cheapest developers you can find, followed by India. The only reason you might want to rethink your decision to hire someone from a developing country is the quality involved.

The Difference between Outsourcing and Hiring a Local Developer

You have the option to outsource the service to someone from another region, or to hire Singapore developers that you’ll be meeting face-to-face during the course of your project. The ball is in your court on this one.

Hiring a Developer in Singapore

This is the option we recommend as it allows you to have some face time with the developers you hired and guide them through your project. This gives you total control over your project instead of waiting to be surprised.

Types of Apps and the Cost of Building them in Singapore

Outsourcing developers on Freelancing sites such as Upwork and Freelancer is an option we’d only recommend if you’re a developer yourself and are only looking for someone to assist you with the project. Otherwise, there’s always so much at stake with taking this approach.

With that said, here’s a compressed table summing up the cost of developing different types of apps in Singapore.

Note: these are just starter versions of apps for small-medium enterprises. For large scale apps the cost runs into the hundreds of thousands of dollars easily.

The Cost of Building an App in Singapore, Broken down by features and functionalities

What specific features do you think influences the complexity of building a fully functional mobile app?

As you could have guessed, the implementation of some of these features can be a lengthy process that could take your developers weeks or even months to complete. Some are relatively simple and short, and can, therefore, be completed in a few days or weeks.

Depending on how complex some of these solutions are, developers have the option of either using third party APIs or coding everything from scratch.

Here’s a simple breakdown of how the cost comes into play:

This pretty much explains why you have to pay extra whenever you introduce additional features in the middle of a project. Some agency can be a bit lenient with you and offer to add one or two extra features for you. However, most of the time, you’ll be required to pay extra for every new feature you introduce. Or like we mentioned before, pay another half of what you were initially charged to include all the extra features that you wish to see.

Get in touch with MediaOne Marketing for more information about android and iOS apps. We can also help you do digital marketing in Singapore the right way and get results. 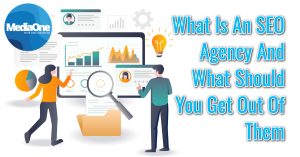 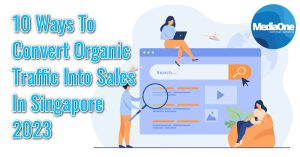 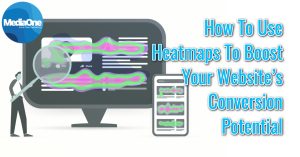 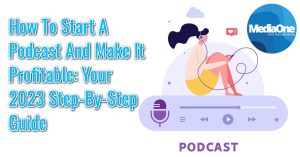 PrevPreviousHow Much Does it Cost to Conduct Internet Marketing in Singapore?
NextCheap & Affordable SEO PackagesNext