What Kinds of Advertisements Work Best In Singapore? 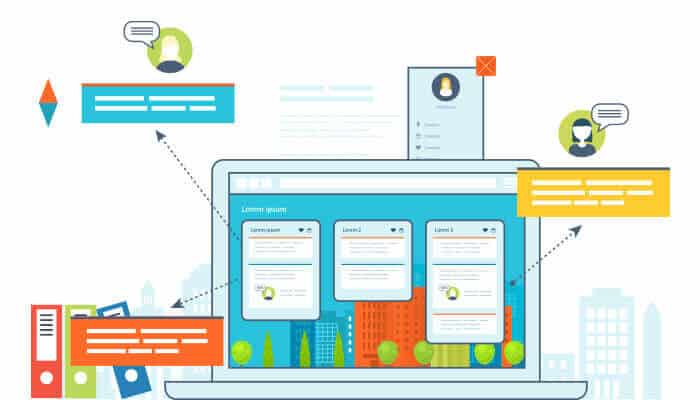 What kinds of advertisements work best in Singapore? Advertising can be quite challenging not only in Singapore but also in other parts of the world due to the many options available; from digital to print to outdoor. There isn’t one form of advertising that may be considered the most effective in Singapore. Businesses always try out several types of advertising before they figure out what works best for them.

The most critical thing that you need to understand about advertising in Singapore is that this market is comprised of highly sophisticated consumers and many major brands competing for the attention of a relatively small country.

The nation is regarded as the gateway to Asia for many brands. It is also a perfect test market for businesses that want to try out new advertising concepts since it has a significant pool of Indians, Malaysians, and Chinese people to reach out to.

Although most Singaporeans are tech savvy, they still value their traditional culture and values. The country has garnered quite a good reputation when it comes to innovation and standards of living. Singapore is widely regarded as the world’s most crypto-friendly nation.  It is also rumoured that the country’s satellite companies could make it the next leader in space technology.

The booming and stable economy of this country greatly motivates both local and foreign investors to start a business here. Statistics show that there are over 400,000 corporate entities in Singapore and at least 60% of them are owned and operated by sole proprietors.

However, the biggest concern for most of these investors is to understand the various types of advertisements that work best in Singapore.We have compiled a comprehensive list to help address this concern. Read on to find out.

What Kinds of Advertisements Work Best In Singapore?

According to Neilsen Media, the leading source for measuring consumer media consumption in Singapore, radio listening and television viewership continue to be strong in the country. The country is widely regarded as the broadcast hub of Asia.

A significant number of major international broadcast and cable networks have their regional headquarters in Singapore. Also, other Asian countries are most likely to watch television channels from Singapore which makes the overall reach more than just one country. Some of the leading international cable networks basedin Singapore include MTV, HBO, NBC Universal, CNBC, and Sony Pictures Entertainment.

For many years, radio and television advertising in Singapore has remained the most efficient ways of reaching out to potential customers. Research shows that an average Singaporean will watch television for at least five days a week.  Nine out ten people watch at least one of MediaCorp’s terrestrial non-paid channels. For pay TV, at least two in five adults, prefer to watch the StarHub TV.

Statistics also indicate that over 90% of adults listen to radio frequently.  Over 50% of Singaporeans who listen to radio consider it a reliable source of information. At least 7% of total media revenue earned by TV and radio stations in Singapore is achieved by offering various companies with ad airtime.

Even though radio and TV advertising may be expensive, they allow a business to target a specific audience. For instance, if you want to run an advertisement targeting the young generation, you can choose the airtime that is in between programs that the general public is fond of.

Digital marketing is a fast-growing trend in Singapore since a lot of businesses have realized that some offline advertising method such as bus ads, billboards, and newspaper ads are rapidly losing ground.

The Singapore Business Review report that at least 63% of Singaporeans aged 30 and below and a whopping 97% of people aged below 20 years get their news from social media sites.

Research also shows that internet penetration in Singapore stands at 80% and Singaporeans who are aged between 25 and 34 have the highest internet usage. A majority of people access online content via tablets and smartphones. In fact, digital usage and consumption of online content are currently at an all-time high in the country. 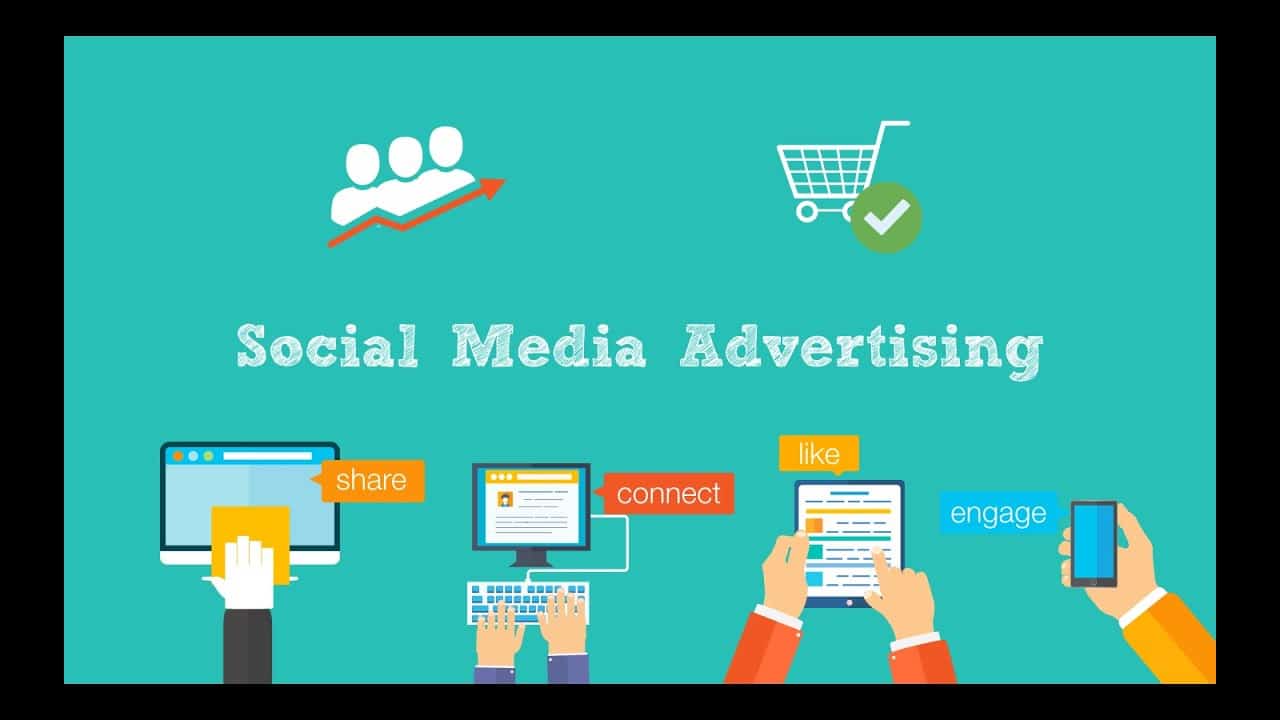 Approximately 96% of the country’s active internet users have at least one social media account and spend an average of two and a half hours on social media every day.  Facebook, Snapchat, Instagram, and Twitter are the leading social media networks in Singapore.

Singapore retail chains such as Sogurt rank alongside global giants such as Adidas and Gucci as the most recognized brands in the country thanks to their effective engagement with clients on their social media networks. For instance, Sogurt’s Facebook page isn’t there for the sake of being a news bulletin for disseminating information to followers.

More Singaporeans have also embraced the art of photo-sharing on social media which has led to a sudden increase in the number of Instagram and Snapchat users. The number of Singaporeans using these two social networks increased from 15% in 2015 to 35% in 2017.

Therefore, posting high-quality photographs of your products on either of these platforms can help you engage with more potential customers. You can also hold contests or display sponsored ads to keep your followers on social media engaged and interested in your products and services.

One of the best things about outdoor marketing in Singapore is the amount of exposure that your business will receive. Unlike the other forms of advertising such as TV and radio, outdoor advertising gives you access to the public 24 hours a day.

Furthermore, outdoor advertising in Singapore tends to be less expensive compared to radio, TV, and print advertising. As long as your ad posters are positioned strategically, this form of advertising can offer a high return on investment.

Although digital marketing has gained immense popularity in Singapore, traditional advertising methods such as outdoor advertising are still effective in generating valuable leads that can drive sales. Various cities across the country are packed with well-designed posters that promote various products and service offered by different companies.

Outdoor advertising can also be combined with other forms of advertisements such as radio and print ad campaigns to increase chances of success. The trick with outdoor advertising is placing your posters in strategic locations where they will be visible to your potential clients.

Various companies in Singapore such as Amico Technology International, Adscreen Pte Ltd, and Amirah’s Ideas have all leveraged the power of outdoor advertising to drive sales and increase their profit margins.

At least 35% of adults in Singapore love reading newspapers and magazines. However, it is good to note that print advertising goes beyond newspaper and magazine advertising. It also features leaflets, flyers, brochures, and even hand-outs. 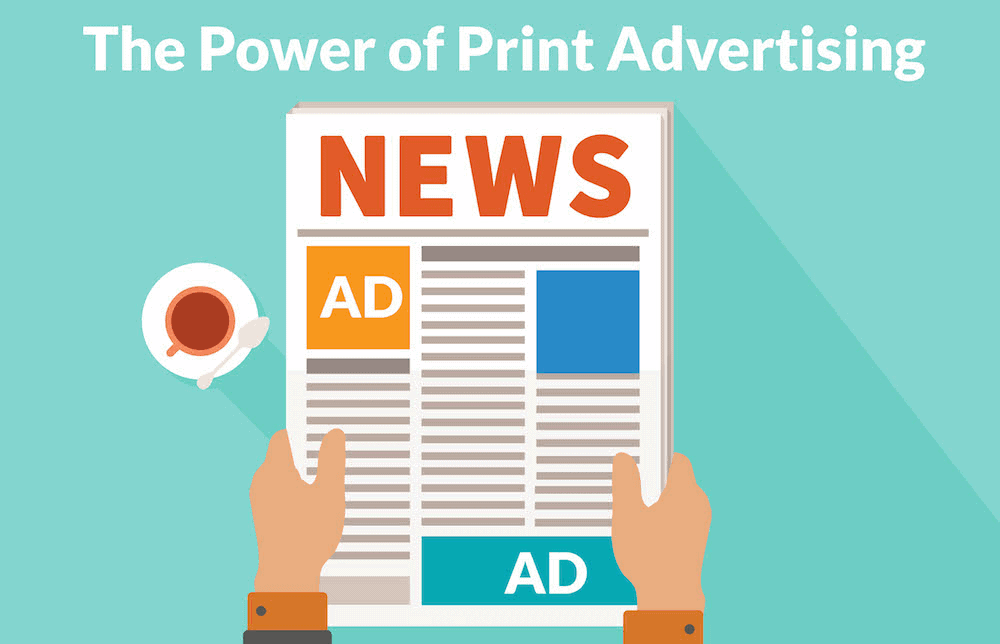 Direct mail advertising in which a product or service advertisement is mailed directly to consumers is still considered as a form of print advertising. Various government agencies and some leading business corporations in Singapore still rely on print advertising as the primary way of reaching out to both existing and potential clients.

Lastly, we have to talk about video marketing, a relatively new form of advertising in Singapore and Asia at large. Since 48% of Singaporeans who own smartphones love watching videos, marketers are moving on to take advantage of the trend and push their products and services to consumers.

Many businesses in Singapore have started to realize how invaluable effective video marketing can be since it offers them the ability to communicate a story effectively. More businesses are now creating professional videos for platforms such as YouTube and Facebook.

Video marketing can help your message spread fast since most people are three times more likely to share a video than plain content. Experts are already saying that video marketing might be the next big thing in the world of product promotion in Singapore.

Singapore is known for its high level of innovation and a fast-growing economy. This is what makes it a perfect destination for investors. However, the advertising landscape in the country is quite complicated since the consumers are highly sophisticated.  There are lots of different advertising methods that business owners have embraced and hope that they will make their businesses more productive.

The key to creating successful advertisement campaigns in Singapore is understanding your target audience and knowing which method works best for you.  Engaging local creative agencies in Singapore can also go a long way in ensuring that your advertising campaign succeeds. Regardless of the advertising that you choose, it takes a lot of dedication and patience to realize returns on investment.

Our team can help you create a robust advertising plan for your brand at an affordable rate. Get in touch with us for more details. We look forward to seeing your business thrive here.

What are the types of Advertisement best in Singapore Market?