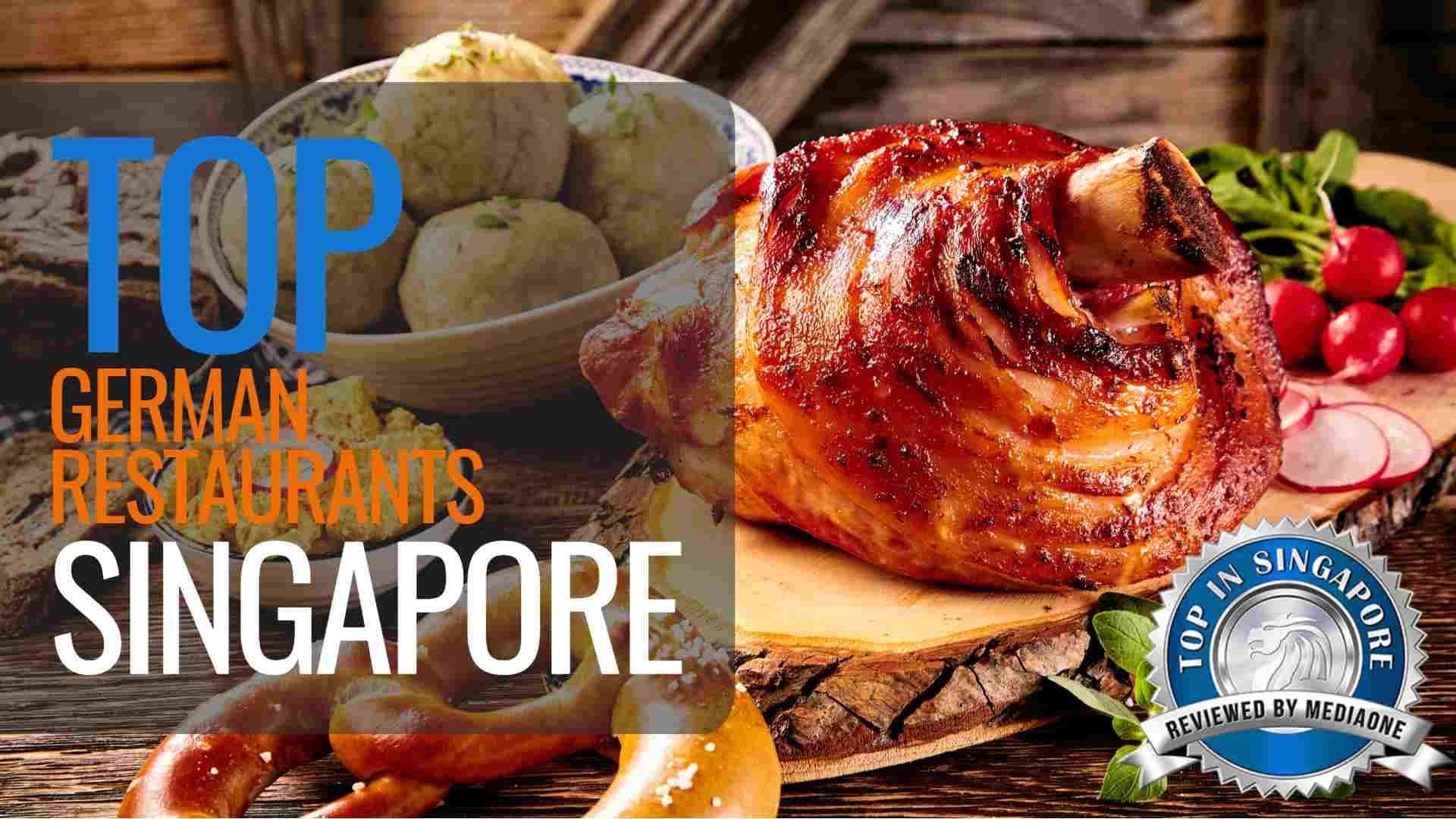 When asked about German restaurants in Singapore, most people will think of the Oktoberfest related icons such as beer jugs, sausages and checked aprons. Well, most of the time that’s exactly what to expect when visiting a German restaurant.

German restaurants are often decked in rustic furniture and provide some homely vibes, think cutting board platters, warm atmosphere (though not featuring a fireplace cause it’s Singapore), wooden furniture, woven baskets of bread and generous servings of meat and gravy.

Most German restaurants feature a microbrewery, or a widespread collection of beer taps just because the Germans do love their beers (and bar snacks). So, fret not about having a lack of alcohol choices when visiting a German restaurant because we are sure you’ll be spoilt for choice with their extensive menu.

German cuisine has existed for decades and shares many similarities with the traditions of Central European countries like Austria, Switzerland and the Czech Republic.

Where to find German restaurants in Singapore?

Oktoberfest is not the only period where you can enjoy German fare. In fact, German restaurants are actually quite abundant in Singapore and they are open all year round! Here are some notable ones that you can visit for an exclusively German gastronomic adventure and perhaps relive your Oktoberfest experience. 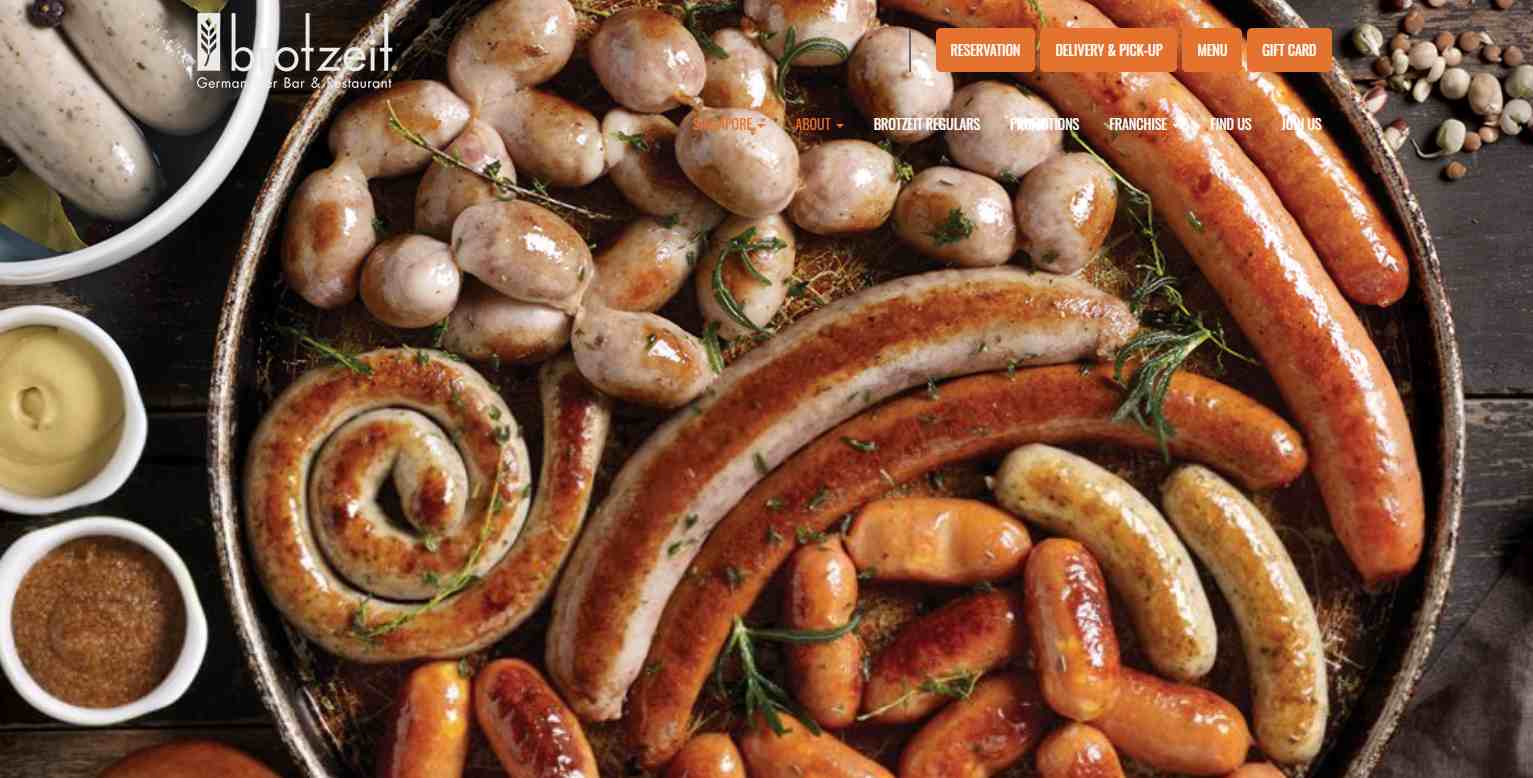 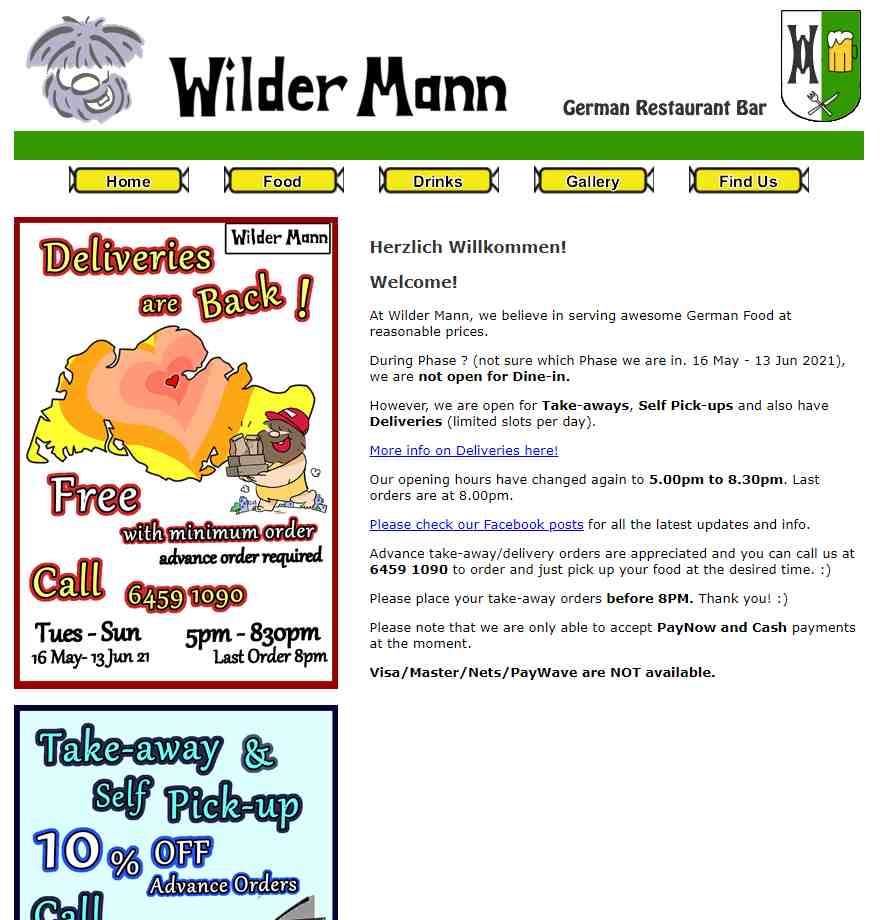 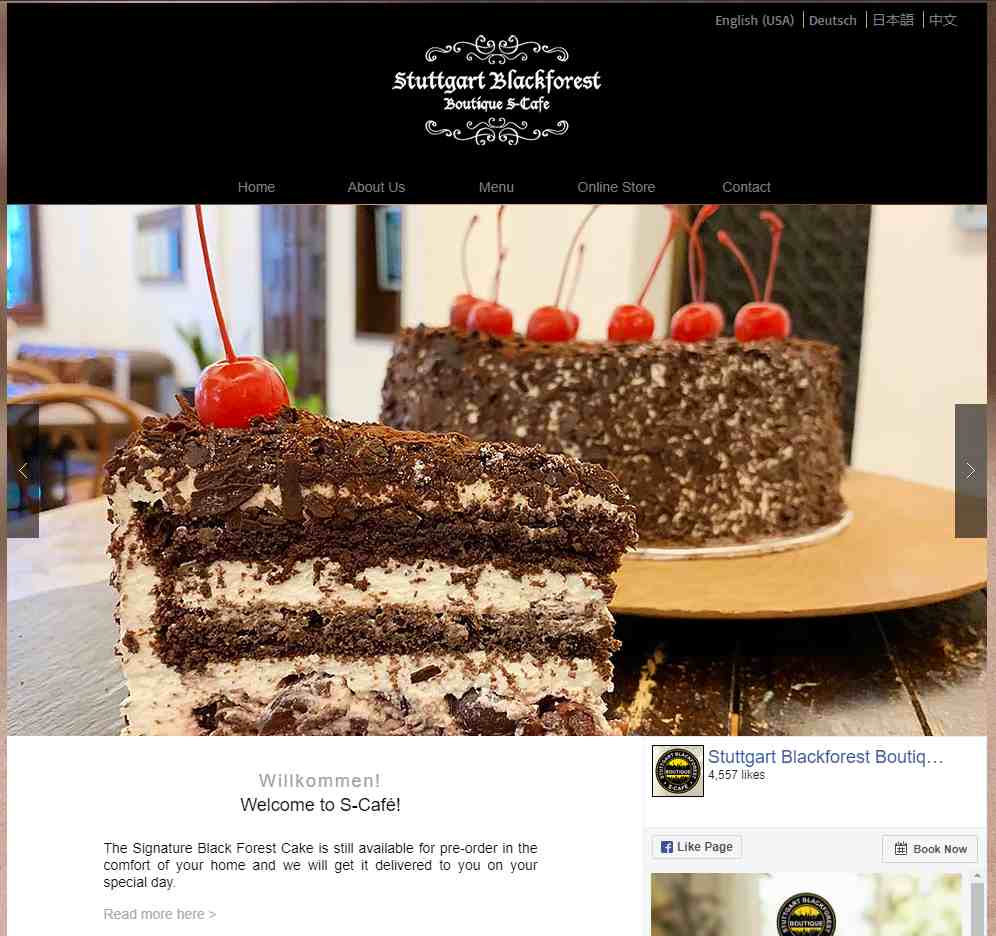 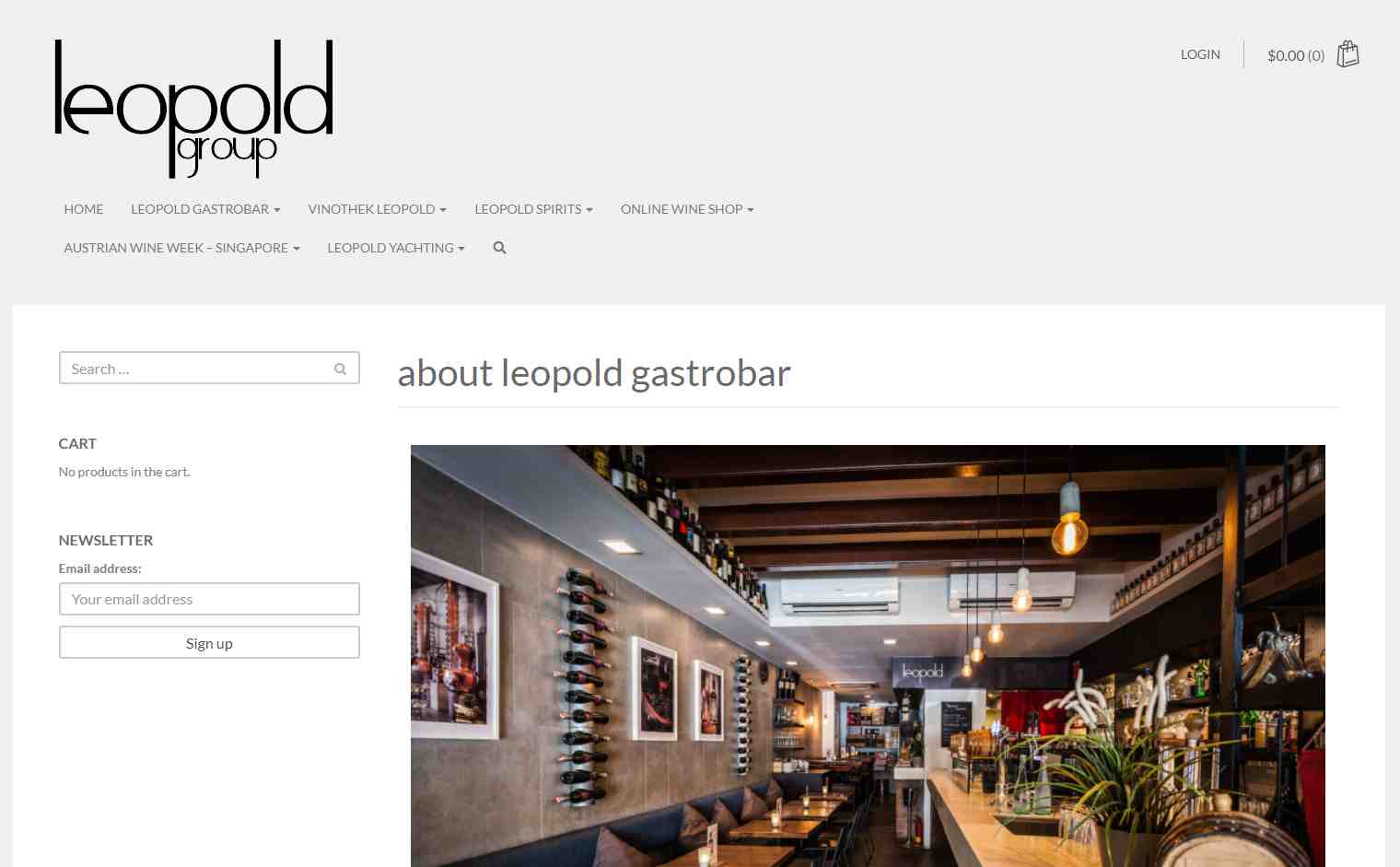 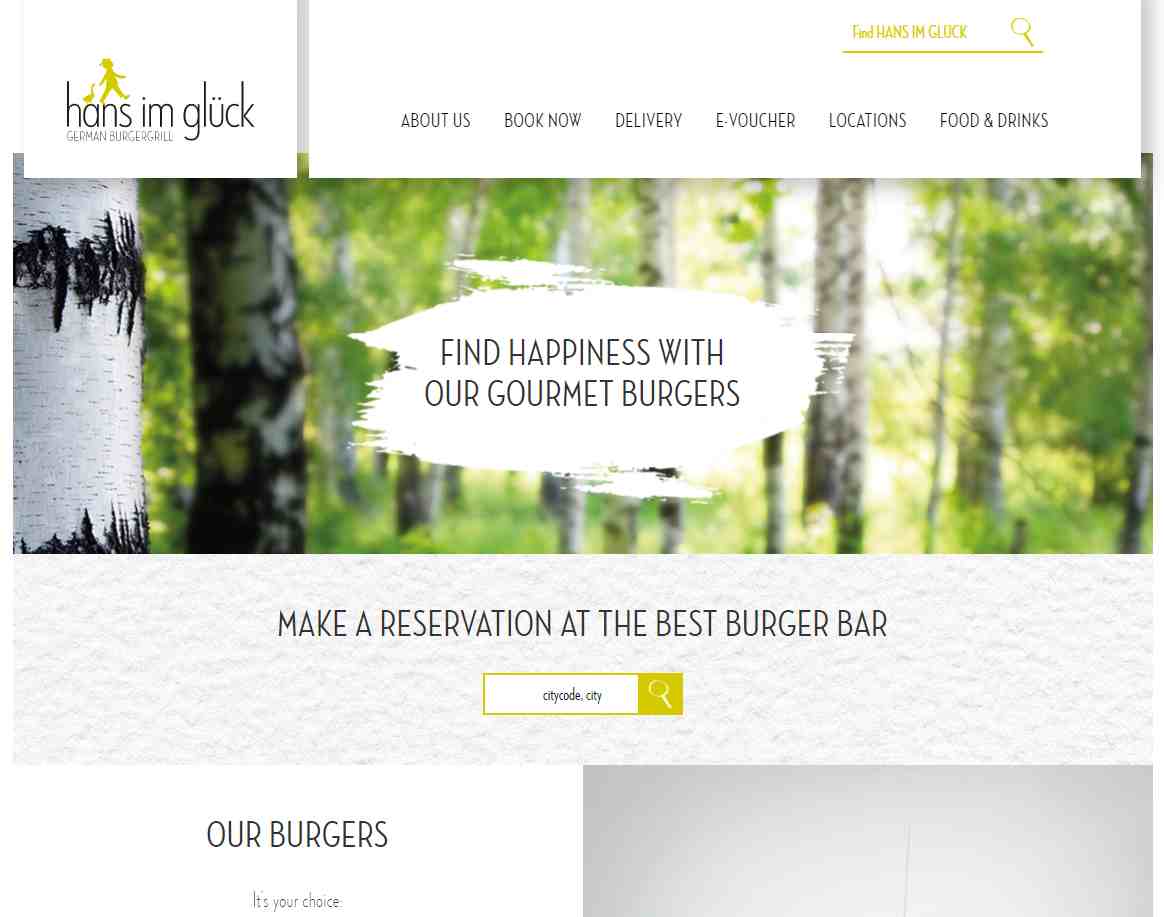 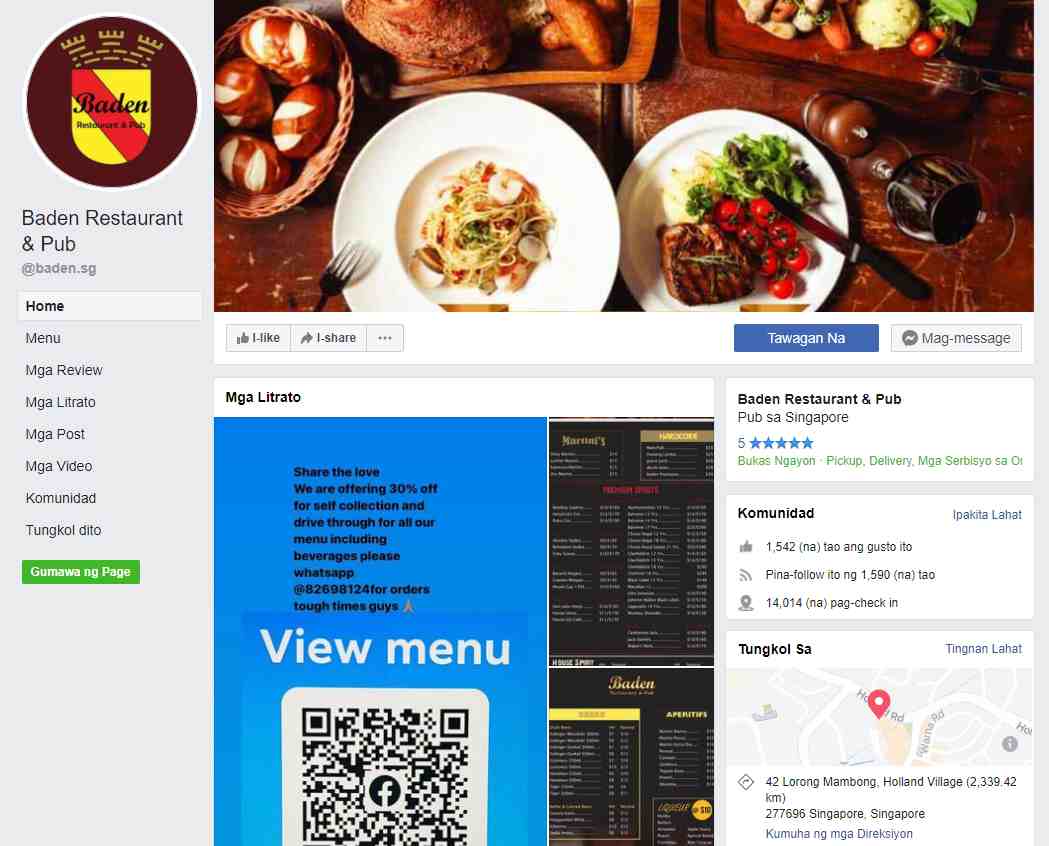 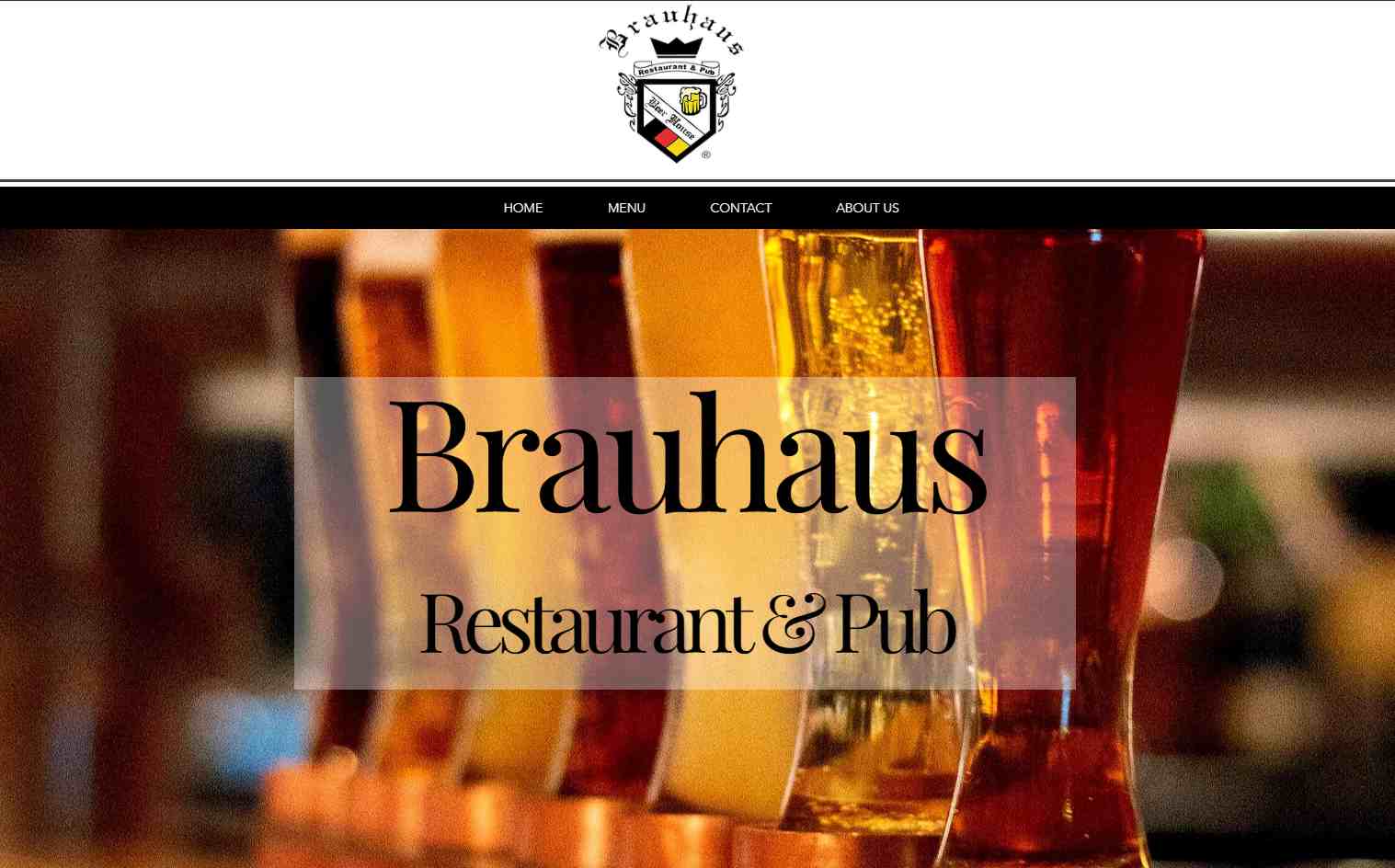 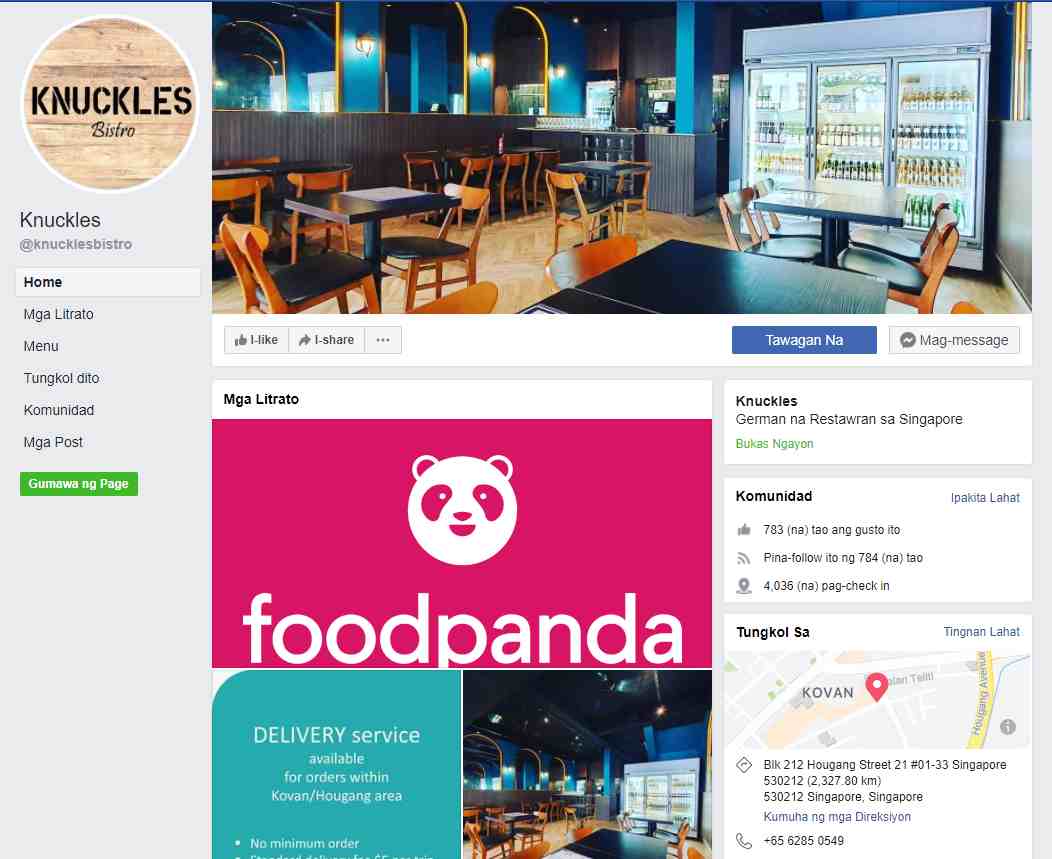 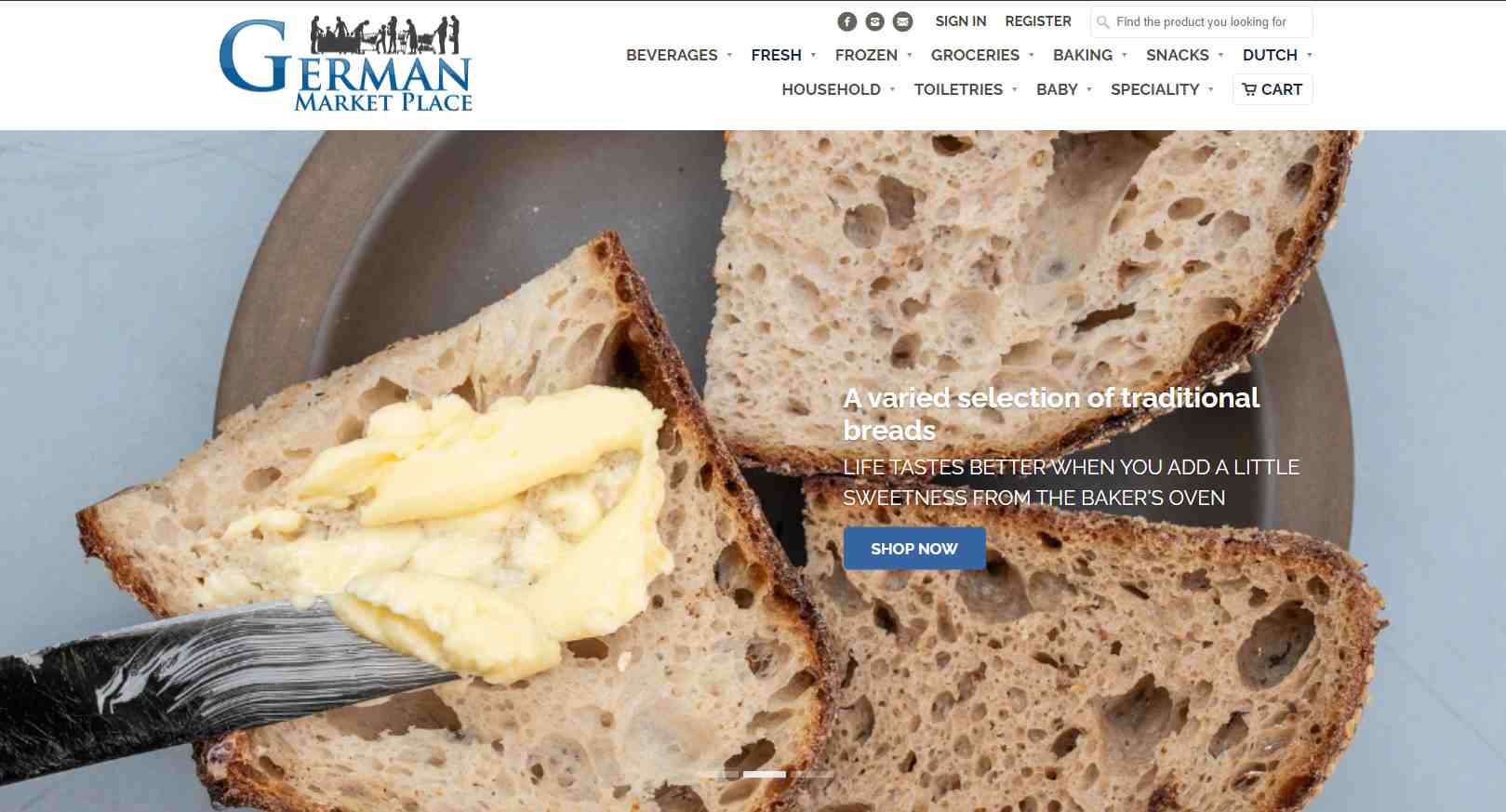 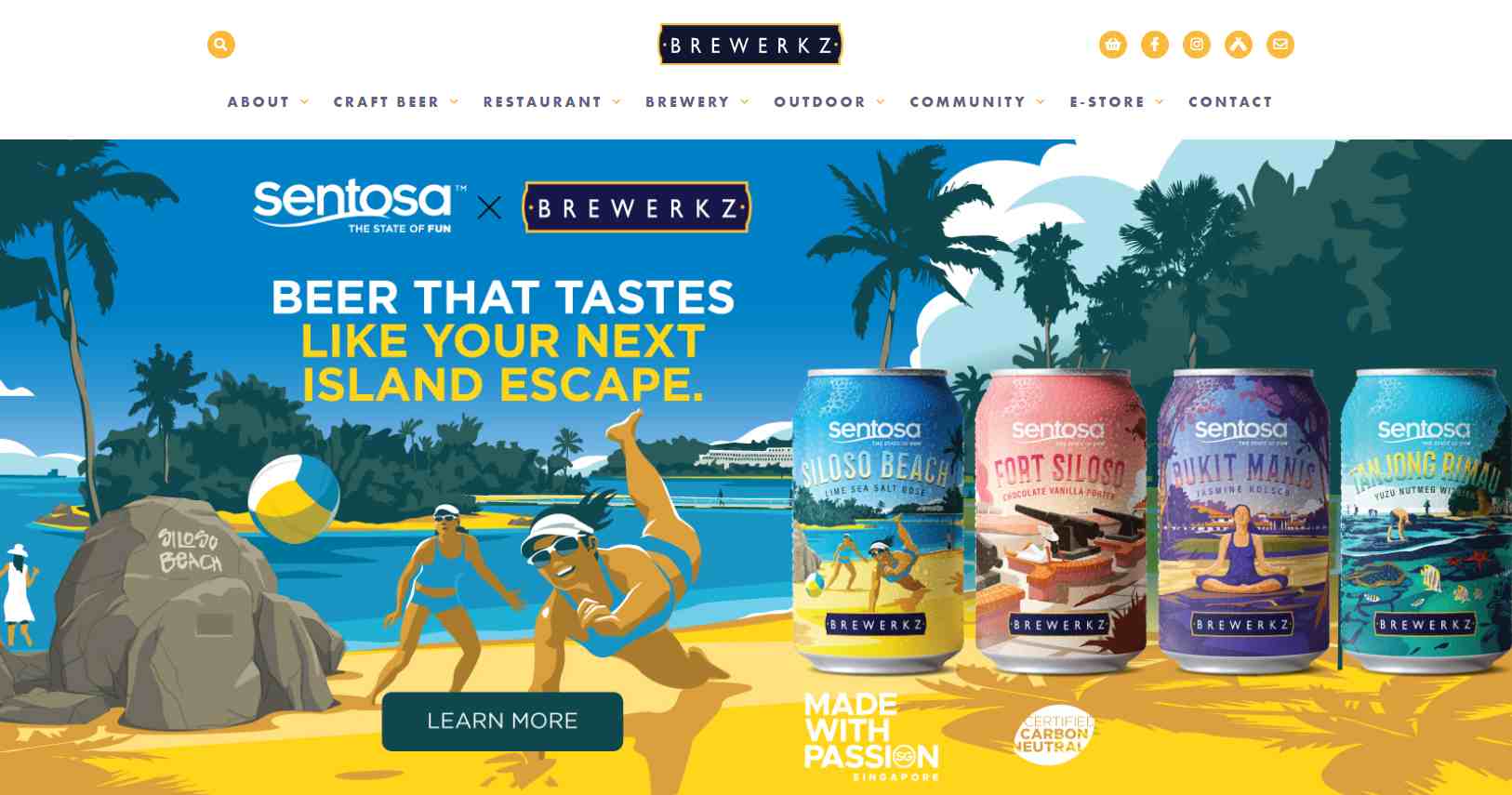 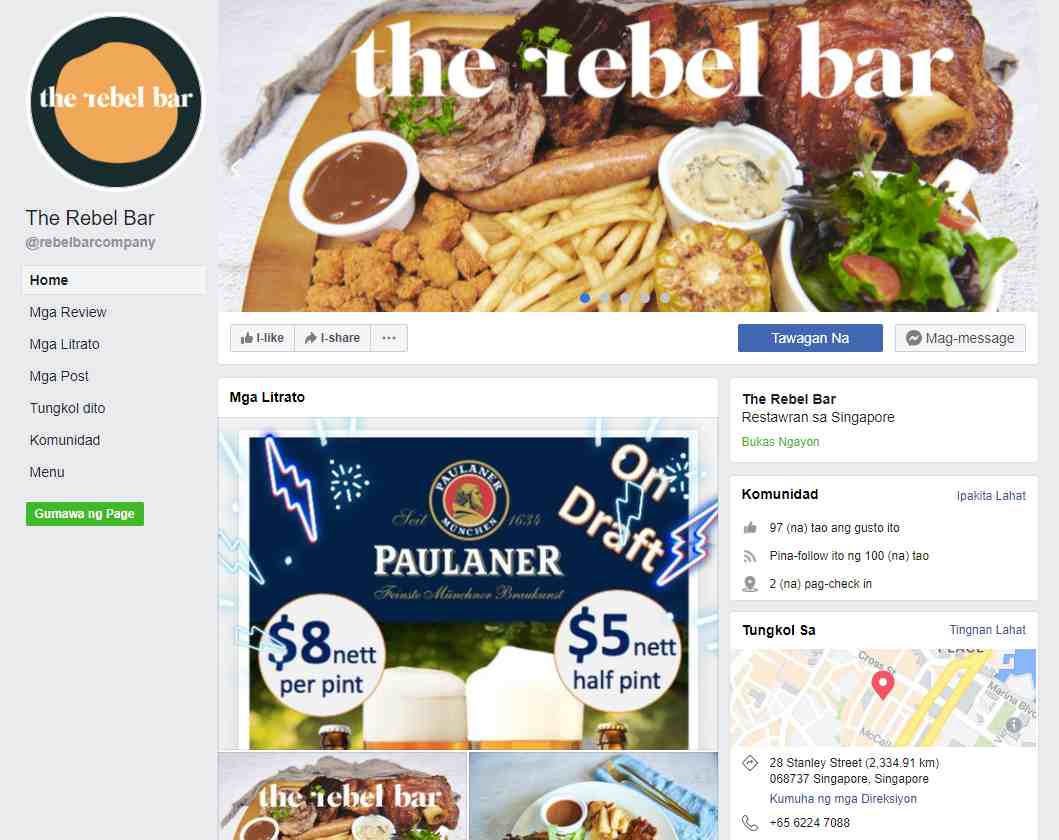 Now that we have got you thinking of German food, let us give you a sneak peek on what to expect to see on the menu.

Bread in Germany are referred to as either Brot or Brotchen, with the former meaning a loaf and the latter denoting a roll with a crust. German breads are different from the usual bread you can find in other parts of Europe. The variety of bread you can expect from German restaurant will be dark, hearty and dense which are perfect accompaniment to meaty meals with homey sauces. Heavy grain and rye are some of the commonly enjoyed bread varieties.

If you’ve been to an Oktoberfest party, you’d have heard of the famed German pork knuckle, or Schweinshaxe. Crispy on the outside and tender on the inside, the meat falls off the bone easily and it comes in portions measuring about the size of an adult’s head. It is almost the perfect party dish apart from the need to cut it up and that someone may be carving out a portion that’s bigger than yours.

Breaded cutlet may not be the name that most people are acquainted with, and you may be more familiar with the term Schnitzel. It means breaded cutlet, often paired with a special sauce to be eaten with. The meat used can be anything, from veal to chicken, beef or even fish (which resembles fish and chips).

A German potato pancake or Kartoffelpuffer, is similar to a Swiss Rosti, just that it’s made with egg and flour added. It is usually accompanied with proteins like additional eggs and bacon or as a side with other meat dishes.

The German name for pretzel is Brezel, and the brezel is fluffy on the inside with a chewy and slightly crunchy crust. Most people are familiar with the shape of a pretzel, which is a knot that is analogous to the symbol of the holy trinity. Brezels are often available in many flavours, from sweet to savoury. Bite-sized crunchy brezels are also available as bar snacks in most restaurants.

Germany has come a long way in sausage making and there are more than 1000 types of traditional sausages. The more commonly available sausages in Singapore’s German restaurants are the Bratwurst, Knockwurst, Weisswurst and Currywurst, which refer to grilled sausage, boiled sausage, bacon sausage and sausage with curry sauce respectively. With Currywurst being a metropolitan favourite and the Bratwurst an all-time favourite across many generations.

German stews are a hearty addition to every meal, with meat being marinated over a few days in wine vinegar and then slow cooked to tender perfection. Sauerbraten, the name for German roast beef stew is a favourite among German family meals. Apart from beef, venison and rabbit are other common meats used in the stews (unfortunately rabbit is not available in our country due to their appearance in many households as domestic pets).

Beer or bier is a German staple. A huge variety awaits in most German restaurants, from pilsners to dunkel, covering the entire colour spectrum of existing beers. If you fancy a beer with your meal, that’s a specialty of the German cuisine and in most cases, you will not be disappointed.