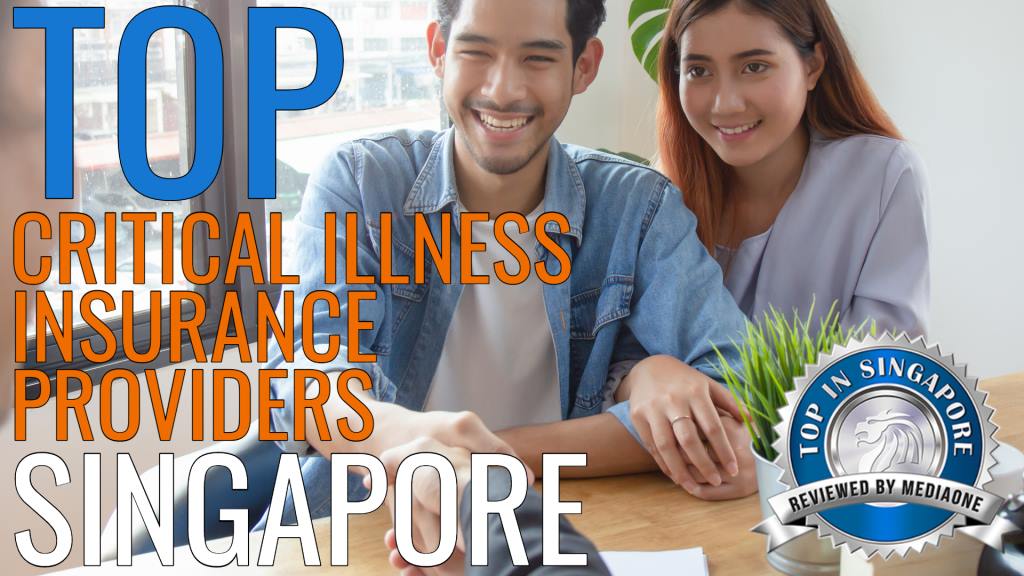 What is critical illness insurance?

Most Singaporeans are entitled to hospitalisation plans such as Medishield Life or a private integrated shield plan. While this can help to cover some of the medical bills, there are still other expenses that may be incurred in the wake of a serious illness. In some cases, you may need to stop work, hire a domestic helper or even seek alternative treatments that are not covered under a traditional health insurance policy. A critical illness insurance plan helps to alleviate some of that financial burden by paying out a lump sum.

As such, it is crucial to purchase a critical illness insurance plan to supplement your existing health insurance or personal accident insurance in order to provide you with some financial cushioning.

When is a good age to purchase critical illness insurance?

Given the increasing life expectancy of Singaporeans, the possibility of critical illnesses are likely to increase within the population. As such, it may be advisable to purchase a critical illness insurance plan early.

While this may mean that you have to end up paying higher premiums at the early stage of the insurance term, you get to enjoy the benefits of comprehensive insurance coverage. At the same time, when you are young and have fewer or no health complications, the chances of having your insurance policy rejected are lower.

However, with the advancement of medical technology and increased frequency of health screenings, this facilitates early detection of certain critical illnesses. If you had purchased a basic critical illness insurance plan, you may not be able to claim any payouts as this does not fall under the category of severe or late stage of critical illness.

Multi-pay critical illness insurance provides several payouts upon diagnosis of the critical illness, which can help you fund early treatment costs as well as long-term medical costs should a relapse or complications arise.

Where to purchase critical illness insurance in Singapore?

Here is a list of insurance providers in Singapore that offer critical illness insurance policies for your healthcare needs.

When it comes to purchasing a critical illness plan, there is no such thing as a one-solution-fits-all. After all, every individual has varying medical backgrounds and may look for different types of insurance coverage and protection.

Hence, when planning out your critical illness insurance plan, here are some factors to consider:

How much coverage should I get?

The amount of insurance coverage that you need for your critical illness insurance plan is dependent on your monthly living expenses. Besides having to continue paying for your current lifestyle, such as electricity bills, home loans or children’s education, you will also need to factor in additional expenses spent on medical treatments that you need. Hence, most experts recommend a minimum coverage of 60 months or 5 years.

Which plan is suitable for me?

How will my family’s medical history affect the coverage?

What is my budget and needs?

Finally, insurance policies are a long-term investment and commitment. Have a budget in mind and a premium amount that you are comfortable with paying over a regular period of time. Review your insurance needs regularly with your financial advisor to ensure that your critical illness insurance coverage meets your lifestyle needs.

This therefore permits many claims to be redeemed, of up to 500% the insured sum.

Including similar, parallel critical illnesses, you will received coverage  of twice the insured sum (up to 200%) including the Power Relapse Benefit, if at least 24 months have elapsed from the last paid reimbursement.

The major distinction is the assured monetary sum that comes with the Life Plan.

If there has been no filing, you may simultaneously claim to collect 20% of your full premiums reimbursed at the termination of the policy tenure.

This scheme insures up to five lump-sum reimbursements at detection of terminal illnesses spanning young, middle, or terminal levels.

For young or middle levels, people may claim a lump sum reimbursement of up to 200% cash insured.

FWD provides a cancer protection scheme which releases a 100% reimbursement of every  level of cancer, including young development.

This protection scheme can purchased in addition to any more existing critical illness schemes, to provide a reimbursement in surplus of any current CI plans you could currently own.

In excess of these, there exist additional chances to seek additional medical referrals, allowing any  diagnoses to be reassessed by senior medical experts.

It is a one off reimbursement insurance coverage, where the fully insured sum will be claimable upon the detection of the covered conditions stated above.

The plan additionally includes with a death reimbursement of S$20,000.

The Great Eastern Critical Care Advantage protects every level of disease, including young, middle and terminal.

The plan insures full protection of 37 critical illnesses and seven exceptional conditions, which are:

This also excludes any lag period between many claims, which is a bonus reward for this scheme.

The Critical SelectCare Plan is scheme which could cater to anyone,  covering people with inherent health conditions – which includes high blood pressure, high blood sugar, high cholesterol, or diabetes.

Each person receives coverage for specific critical illnesses and special conditions of up to $25,000 for every diagnosed condition.

In absence of claims dispatched in the policy tenure, policyholders may claim a reimbursement of 25% of the total premiums at the termination of the policy.

The Manulife Ready CompleteCare Plan insures 106 conditions and critical illness for every disease.

This scheme insures a ‘Cover Me Again’ choice, inclusive of potential claims to be claimed 12 months following the last claim, including 100% of the claim insured.

Within this plan, claimants may also claim 200% of the amount covered for 6 major advanced stage critical illnesses.

The 6 major illnesses include:

In addition, this offers bonus protection for your junior in the incident of late stage critical illness.

It insures for beginning to late levels, with exclusion of the full amount guaranteed after every reimbursement, covering young cancer.

No medical examinations are necessary for this scheme. There exists an instantly assured renewal within 10 years.

Additionally, insured persons may claim up to 125% of the amount insured for terminal cancers, in the absence of young claims filed.

If a claim is filed for beginning stage cancer, individuals will reimbursed 100% of the sum insured at detection of terminal stage advanced cancer.

For diagnosis of early-stage cancer, persons may collect 25% of the amount insured.

Additionally, there could be a reimbursement of up to 100% of the sum insured in the occurrence of accidental or non-accidental death.

PruCancer 360 is another protection scheme which protects every cancer, and insures everyl stages with 100% reimbursement.

Protection is additionally provided up to age 100, with the matured renewal age at 95.

Additionally, this plan will extend to people suffering inherent ailments (not related to cancer).

Hence, insured individuals with diabetes, heart issues, other genetic disorders not related to cancer, may adopt this plan.

Singlife is a new player in the field, which has now gained prevalence through its insurance protection scheme.

This digital platform covers a full critical illness plan with a once-off reimbursement.

It provides protection of 36 late-stage critical illnesses (LSCIs), with a lump sum of $8000 compensable upon death.

This plan also has a Next Day Critical Illness Claim feature, where claims will be processed on the next business day.

The exception could be many claims of up to 300% of the sum insured is currently at hand for multiple diseases.

Additionally, there are exemptions of later premiums upon young or late developed levels of  advanced critical illness.

There also exists a lump sum death reimbursement of $20,000, irrespective of whether any claims had been made, or the leftover amount insured.

It offers a full reimbursement of up to 900% of the sum insured, in three separate tiers.

Layer 3 offers bonus benefits for advanced-stage cancer, even when the cancer has advanced, remained or returned.

Aside from the many reimbursements, it also provides for dual late stage critical illness claims, and two extra reimbursements for terminal cancers.

Akin to TM EarlyCover, it also insures 10 special conditions and 10 early conditions under Tier 1 and 2.