The Best A/B Split Testing Tools to Try out Today 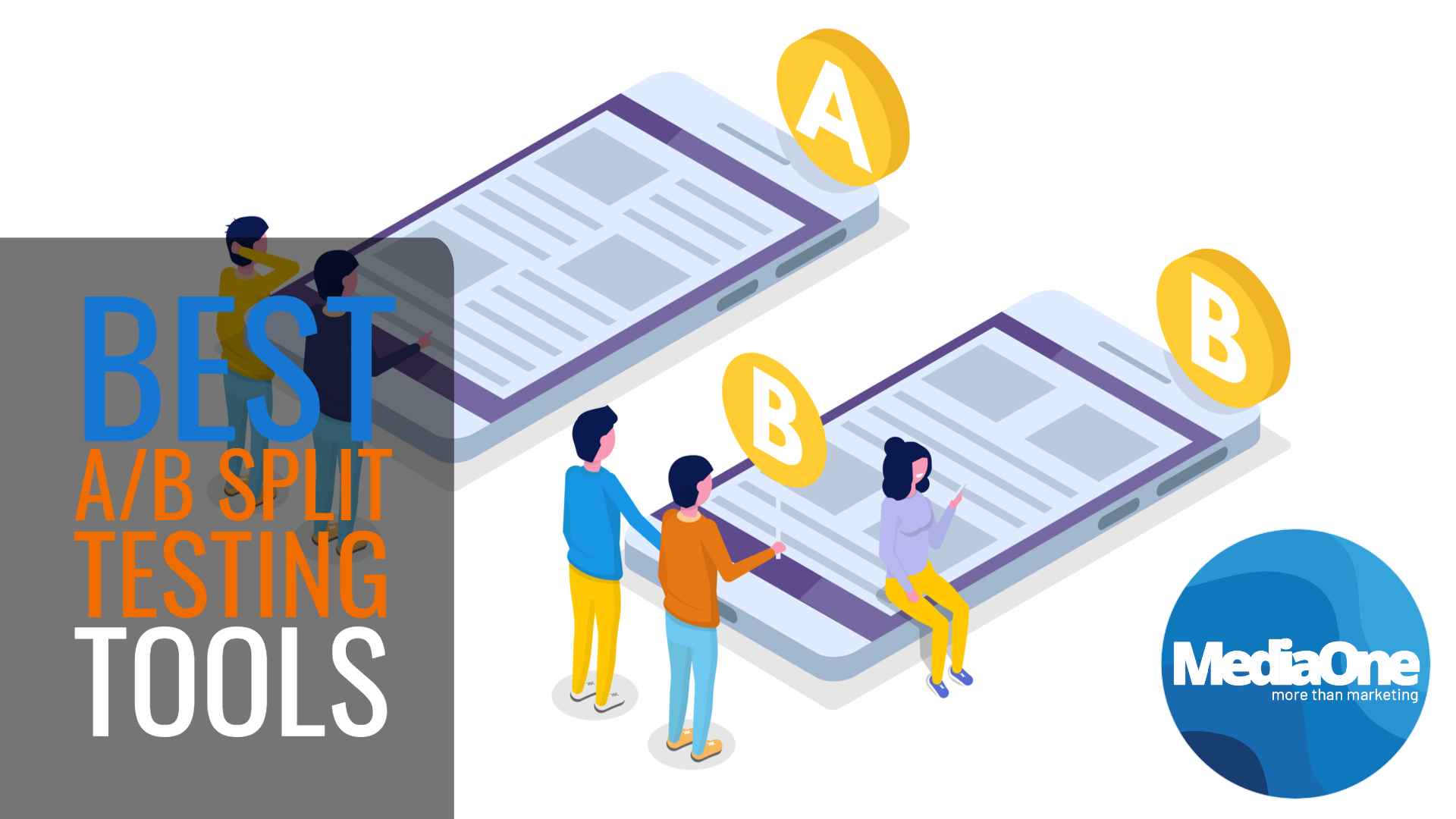 Try searching for A/B Testing tools, and you’ll be overwhelmed with options.

However, before you get all too excited and jump on the first option that pops up, take a step back, and evaluate the tool. What makes you think it’s the right tool for your business?

The internet is filled with all sorts of marketing rhetoric, and it can sometimes prove to be a little problematic to wade through it all and identify that one solution that you can count on. A/B Testing tools are no exception when it comes to this.

When you think about it, the internet is nothing more than an echo-chamber of the same over-regurgitated pieces of content. Someone makes an original post about something, and the whole internet echoes it.

That’s the path we try to steer clear of at MediaOne Marketing. About this post, we had to consult with our CRO specialists for their take on this before we could go ahead and compile a comprehensive list of the best A/B Testing tools on the market today.

We’ll not be digging all the dirt on each tool, but giving a shallow review on the list of tools that any CRO expert worth their salt would have no second thoughts throwing in a positive word for.

Now without further ado, let’s dive straight in and set things in motion: 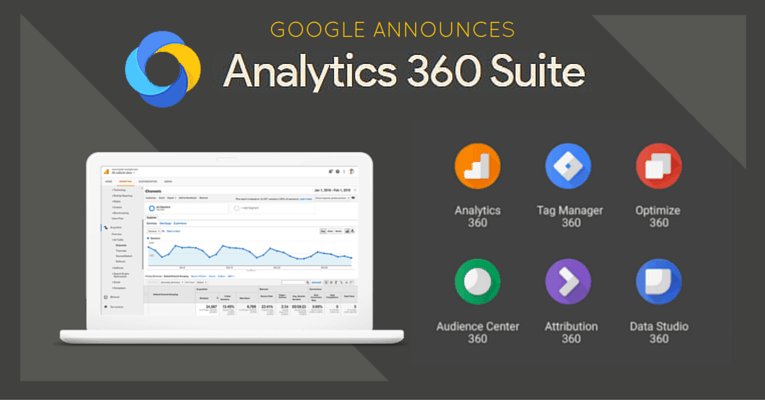 This is a free tool — and make no mistake, it’s as good as any other A/B testing tool on the list.

Both of these tools are owned and managed by Google (as the name suggest), and they’re designed to help you with data collection and A/B testing. And they do feature almost everything you’ll ever need to conduct an effective A/B testing.

Any business regardless of size, has a lot to benefit from using this tool. But if you’re a big enterprise brand, then you might want to consider signing up for the more advanced Google Analytics 360 suite, which comes with Optimise 360.When it comes to features, let’s just say that you can do pretty much anything with these two tools. As a point in fact, if we were to stack up these two tools against the other options on the list, these tools are by far much better in terms of capabilities. They’re even better if you can afford to hire an engineer to help you set up their advanced tracking for you.

The only downside is that there’s a lot to learn about the tools before you can go ahead and use them effectively. And you’d want to note they are a bit too technical to take you through a steep learning curve. 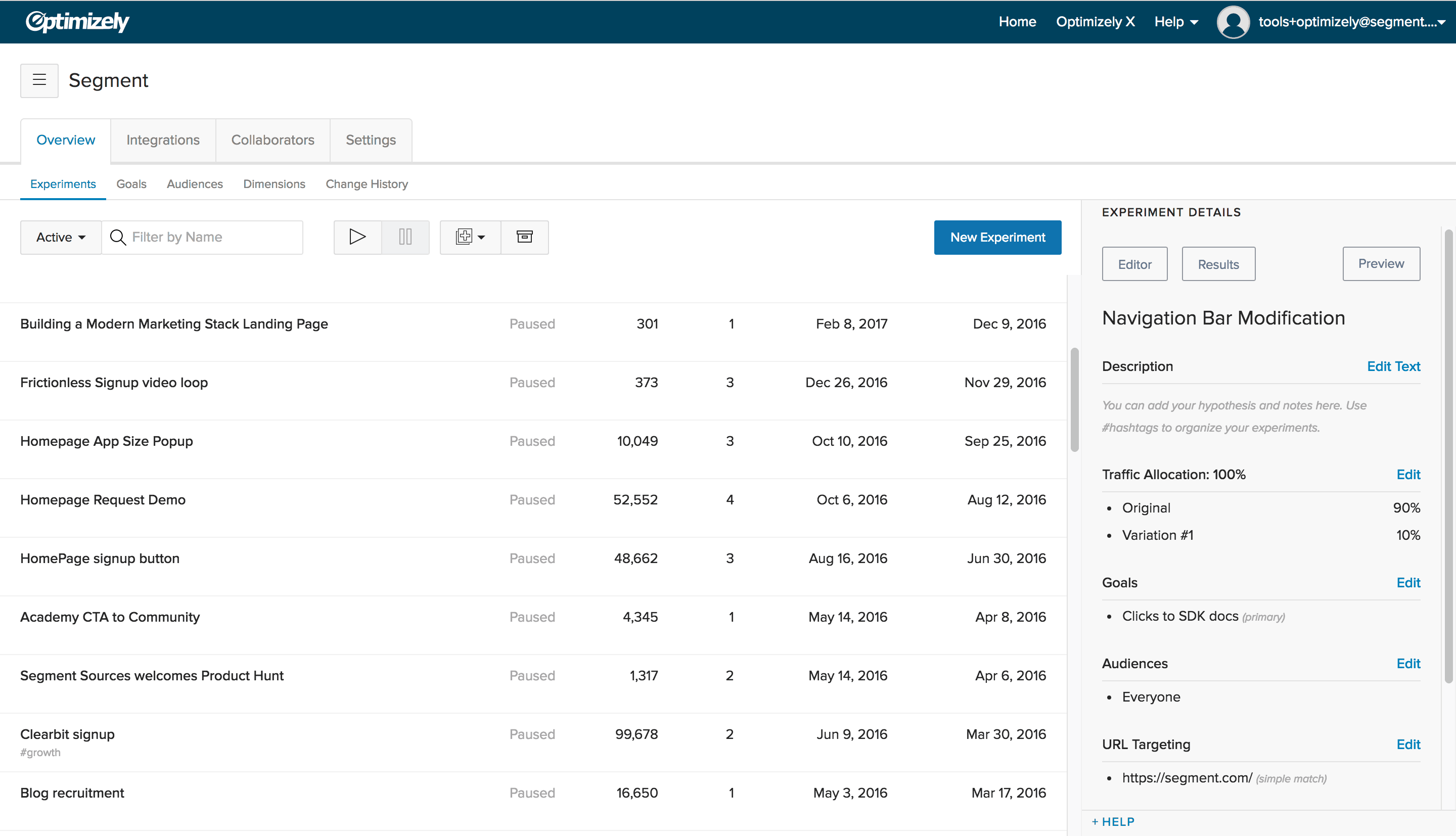 If someone were to describe this tool in two words, then the right words to use would be simple and affordable.

The tool is also ranked among the leading CRO platforms, and its use case stretches far beyond the bounds of A/B testing. So at no point, regardless of how big your business grows, will this tool ever lose its effectiveness.

Optimizely offers a vast range of products that you can use to optimise your web presence. But at the core, it serves as one of the most accurate A/B testing tools you’ll ever come across. You even have an option to expand it using Optimizely X Personalisation for delivering the right message to the right audience segment. It even offers content recommendations and recommendations for Amazon-style products.

It’s one of the most powerful A/B testing tools on the list, yet the easiest to implement. Otherwise stated, you don’t need any prior development skill to give it a run. 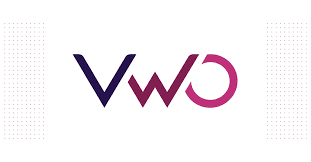 This A/B testing tool bears an almost similar semblance as Optimizely, save for a few differences. In other words, if Optimizely was to single out its biggest rival in the game, then don’t expect them to move their eyes away from VWO.

They’re like the twins of A/B testing. There isn’t much difference between these two CRO tools. However, their difference sets in when you narrow down to two specifics – mobile testing and user feedback.

Optimizely boasts a dedicated mobile testing tool. This feature is not found in VWO, and it’s worth noting that it’s not free. VWO, on the other hand, allows you to get instant feedback from your users – one feature that Optimizely doesn’t have. And the best part is that they offer it at absolutely no cost.

VWO also scores it big for having one of the simplest pricing models. It also happens to feature an all-rounded structure that’s straightforward and super-simple to figure out. It’s the tool you’d want to choose if you’re looking for the simplest solution you can find. Optmizely follows it closely; but, for some reasons, VWO still stands taller. 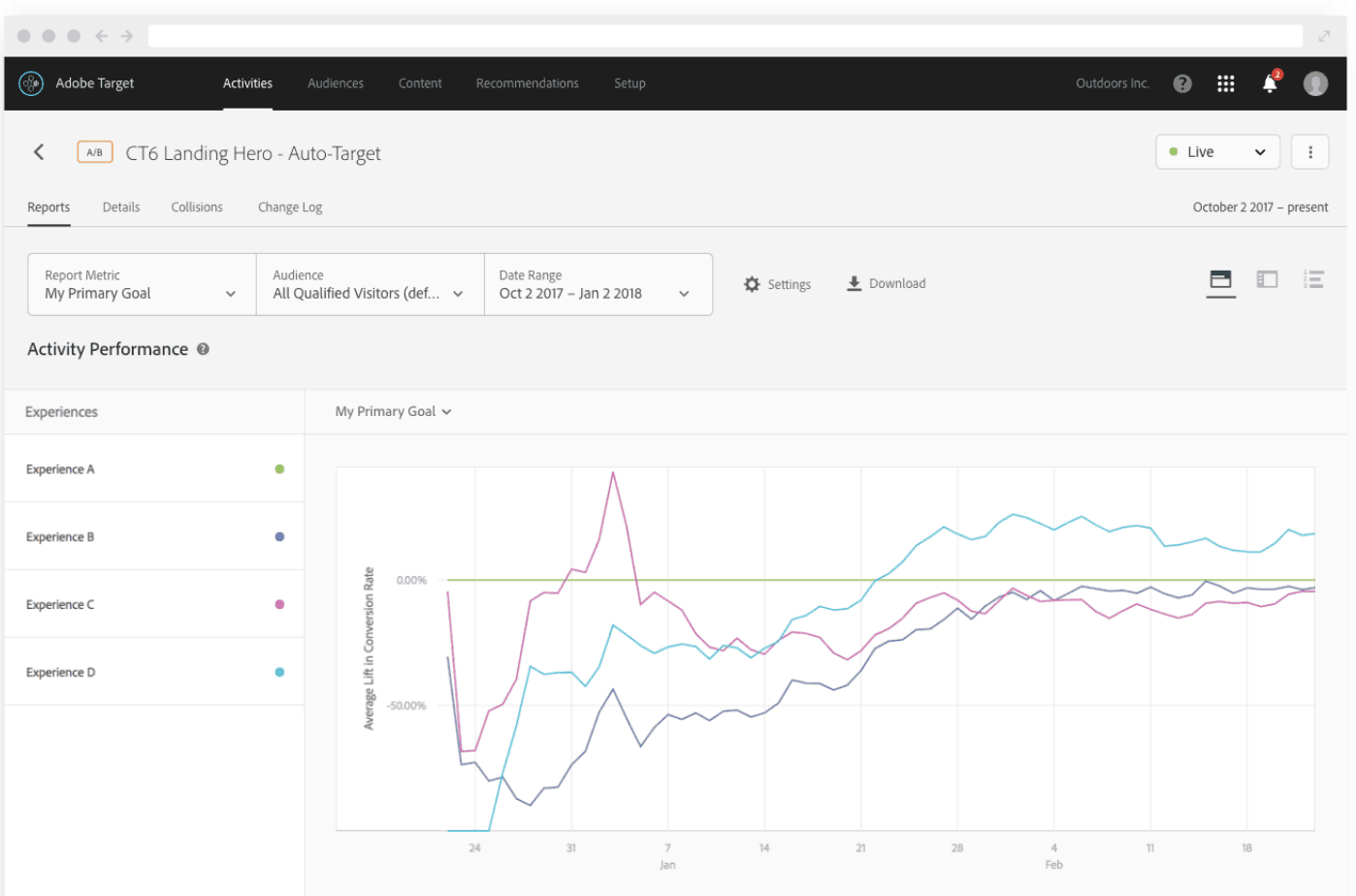 Adobe Target wasn’t specifically designed as an A/B testing tool. It’s instead an enterprising personalisation platform that offers A/B testing as a standard feature. And that’s not where it all ends.

The tool also offers mobile app optimisation, automated personalisation, and recommendations based on your customers’ behaviour and data.

Better yet, Adobe Target has a three-step experimentation process that guides you through everything you need to know about using the tools. For instance, you’ll be directed on how to target your audience segment, create your variant, and most importantly, customise both your settings and goals.

The software doesn’t thrive on visual appeal. Neither is it that straightforward when compared to VWO and Optimizely. But it does flaunt self-learning algorithms that make it a better choice of A/B testing tool for enterprise brands. 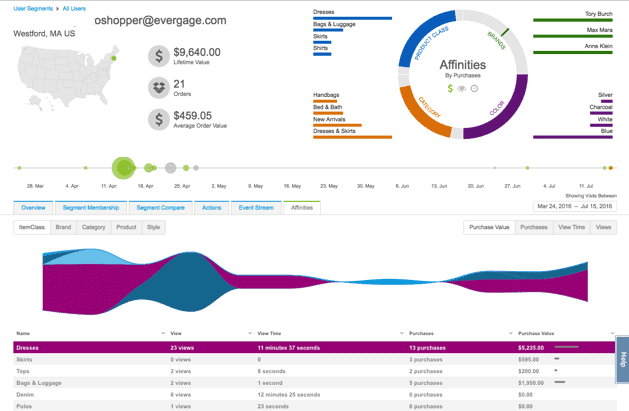 Evergage is powered by machine learning, and its use stretches far beyond A/B testing. It’s the tool you choose if you’re not willing to take any chances with user experience. In other words, this software has everything you need to create a flawless user experience, based on the data you’re getting and, above all, user behaviour.

Evergage features a series of tools that equip you with everything you need to create unique user experiences, across platforms, addressing the different needs and expectations your users have. It bears repeating that it relies on machine learning to track user actions, crunch vital data, and for automating optimisation.

A/B testing comes as an extra feature – and it’s worth mentioning that it’s super-powerful. To sum it up, Evergage is one of the most advancement personalisation, optimisation, and experimentation tools you’ll ever come across online. It’s upon you to decide on what you’re going to do with all those features.

This is another great A/B testing tool that’s reasonably priced and simple to use. It’s one of the simplest conversion optimisation tools around. And as you could have guessed (from the name definitely), its primary use is A/B testing.

As far as A/B testing goes, this software can give the best tool on this list a run for its money. It also does come with a list of other features including page flow reports, heat maps, and basic personalisation.

For A/B testing, the software features the standard A/B split and multivariate options for testing. It also comes with an interesting testing feature, which allows you to play around with the changes happening across multiple pages.

It goes without mentioning that the software also features a drag and drop editor that makes it even more fun to work with. Compared to other A/B testing tools, A/B Tasty’s editor is no ordinary editor. It can work without interfering with your workflow in any way.

Every single tool we’ve mentioned here does an admirable A/B testing job. But they all come a bit short when it comes to testing the finer details of a web page. And that’s exactly where Leadformly fills the gap.

This rings even truer where web forms are concerned. Most of the A/B testing tools you’re likely to find on the market don’t provide in-depth insight on the information you need. For instance, they don’t pinpoint the exact fields that are making your users abandon your web forms and the reasons behind their action.

Leadformly happens to be among the few tools that seem to provide the much-needed answer for this. The tool even goes a step further to offer an in-depth analysis of your pages and web forms so you can max out the conversion that’s happening at different stages.

You don’t need to be reminded how important forms are in conversion. So whenever you’re planning on creating any web form, you’d want to make sure that optimisation is part of the process.  In other words, you need Leadformly to help you analyse the forms and direct you on the best possible way forward. 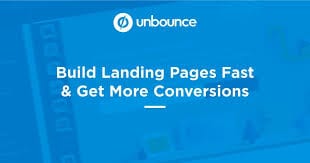 Unbounce is one of the most popular landing page builders on the market today. It’s also a great A/B testing tool you might want to consider.

After creating a landing page with Unbounce, the next thing you’d want to do is to use the same platform to test it out. Read this bearing in mind that Unbounce is not the only landing page builders that come with the A/B testing feature.

If anything, a great majority of the page builders that you’re likely to come across will be offering the same service. However, for unbounce, they try to make A/B testing a whole lot easier, and that’s the reason it’s ranked among the best A/B testing page builders on the market today.

This list covers the best A/B testing tools for just about any need you’re likely to have. This list is in no way exhaustive. For all we know, we might be adding more tools on the list in the future. But it does feature interesting choices that any CRO expert would not hesitate to give it a thumbs-up.

Talk to us and let us know if there’s any A/B testing tool you feel we should have included on the list. You can find our contact details on our MediaOne Marketing’s contact page. Give us a call today and, if there’s anything we can almost guarantee, is that we’re going to make it worthwhile. 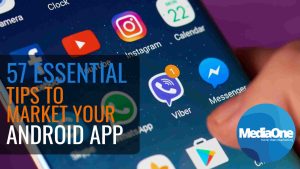 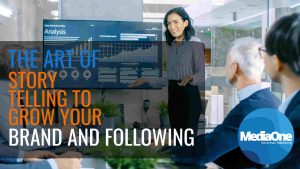 The Art of Story Telling to Grow Your Brand and Following

Stories stimulate brain activity and activate our imagination. When we read a story, hear plot points, or even have a conversation about something that happened 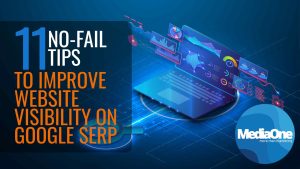 A responsive website that is fully optimised is no longer an added advantage but a must-have for any business that wants to generate sales online. 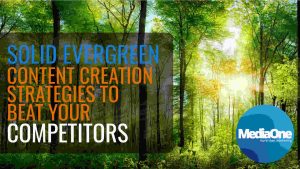 The above three tips will hinder competitors from copying your content. However, it would be best to do more to get ahead of the competition

The Art of Story Telling to Grow Your Brand and Following

Stories stimulate brain activity and activate our imagination. When we read a story, hear plot points, or even have a conversation about something that happened

A responsive website that is fully optimised is no longer an added advantage but a must-have for any business that wants to generate sales online.