Step By Step Guide To Facebook Ad Funnel For E-Commerce 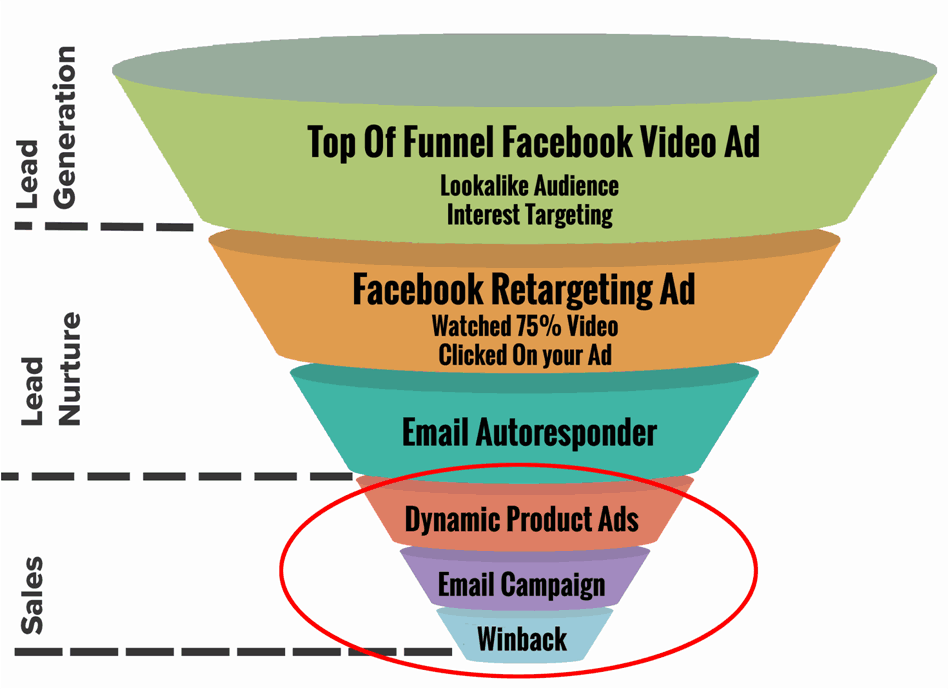 But first, some little stats: It turns out Facebook is the most visited platform online. Its monthly user base now rests at 2.38 billion – and more to the point; it has one of the most effective targeting systems you’ll ever come across.

The point is: everyone can sell on Facebook. You just have to figure out how to do it right, and that’s what this post wishes to address.

Setting up the Facebook ads and all that isn’t the most difficult part of the whole process. The part you should be concerned with the most is the approach you’re planning on taking.

In which case, you might want to consider setting up a Facebook ad funnel. This approach maximise your chances of selling on the world’s leading social network.

It’s safe to assume that, by now, you’re already conversant with the whole idea of sales or marketing funnel. However, for the sake of those who are hearing about this term for the first time, this is the process that serves to guide your site’s visitor from the point where they get to know about your business to a point where they graduate to your loyal customers. It’s that simple, but of course, with a lot of finer details in between the lines.

A Facebook ad funnel operates in an almost similar fashion as a sales funnel. The only difference is that it uses Facebook ads to nudge your prospects throughout their buying journey or until they take action.

A Facebook Funnel doesn’t mean that you have to take a user offsite necessarily. You can still sell your goods directly from Facebook while applying the funnel concept.

First keep in mind that when a user logs in to their Facebook account, they usually have no intention to buy. Things are changing though – some users log into Facebook for some suggestions on what to buy. But that’s only a small sample. In most cases, people log into their Facebook accounts to find out what’s happening in their social network or if there’s anything new that’s worth checking out.

You can project the answers you come up with to the rest of the social community – that’s if you’re not the weird kind. The odds are also good that you don’t use it for shopping either.

That’s where a Facebook sales funnel comes in. You don’t just post an ad and expect your followers to jump on it like a pogo stick. First, you have to make them aware of your product. You have to introduce them to whatever product you have in your pipeline.

After which, you can gradually begin to grow their interest and desire. That goes without mentioning the importance of winning their trust.

In brief, get off the idea that your social media followers are impulse buyers. And instead, learn to take them gradually through all steps of the buying process, one after the other. Do this, and you’ll be surprised by the number of your followers that make up their mind along the way and decide to shop with you.

It’s that simple. But there’s more to it.

Let’s just say the main purpose of creating a Facebook ad funnel is to transform a good chunk of your cold prospects into hot customers. The funnel is what you use to warm them up bit by bit until you’re finally able to make them change their mind and invest their hard-earned cash with you.

Facebook’s ad auctions don’t just cook up decisions. They rely on algorithmic learning for almost every single one of the decisions they make. Everything, starting from who are seeing the ads, to when the ad should be shown, and where exactly should they be shown, the algorithm they use has to gather lots of intel before making any decision.

Some of this information will be provided by you when you’ll be setting up your Facebook audience targeting.

So, what other settings does the algorithm have to factor in the decisions it makes:

Objectives are placed at the top of the list – and there’s a very good reason for this. If anything, that’s the single most important first decision you’ll have to make every time you put your thoughts together to create a new campaign.

In which case, you have an option to choose from three ad objectives:

As you’ve seen, the Facebook ad system is built around the concept of marketing funnels. It goes on to show that no one understands how the marketing world operates better than Facebook.

So, once you’ve completed your selection, the Facebook ad system will proceed to review your ad objectives and match them up with relevant KPIs.

You have to understand the metrics that the algorithm is likely to favour, considering this will reflect on how your campaign performs.

This is the next thing that follows after you’ve selected your ad objectives. You have to proceed to your ad set, or optimisation settings, which comes with three options:

Read this, keeping in mind that the algorithm will be learning from this signal. In so doing, they’ll be able to understand the most optimal path in your ad delivery based on the selections you’ve made.

Here’s a real-time example of how it works:

The first advertiser selects ‘downloads’ as their conversion event.

It’s pretty obvious from this example that the first advertiser will be driving the most conversion.

The signal gap that exists between a download and a landing page will reduce the efficiency of the algorithm in delivering conversion for the second advertiser.

The next thing that comes after setting your ad objective and optimisation event is ad delivery. This will include things like impressions, landing page views, and conversions.

This is where you select your goal, but after you’ve ensured that it matches with your initial ad objectives and the optimisation event you selected.

You’re almost done here. But first, you have to specify to the algorithms about how much you’re willing to pump into the campaign. You’ll be using the bid strategy to control the amount you spend here.

Choose the lowest cost when you want to gain the most value for the money you spend.  Let your money make you the most conversion, with caring much about the rate at which the conversions are coming.

Also, you have the option to place a bid cap. That means there’s a set limit as to the amount of money that you’re willing to spend on a bid.

Target cost: With this option, you want to maintain a specified conversion cost, even after raising your budget.

Your conversion will also be varying depending on your allocated budget. This is simple. All you have to do is specify your daily budget and the date the campaign will end.

So, to get your total budget, you have to multiply your daily budget and the number of days that the campaign will be running.

So assuming you have S$3000 budget and you want the campaign to run for 30 days. That means your daily budget will be roughly S$100.

Common Mistake that Marketers make all the time

You have to be careful with the Facebook ad campaign objectives that you choose, as a simple mistake on your part will most likely render all your marketing effort pointless.

This is especially true when you’re running a conversion-focused campaign. If anything, you have to bear in mind that there’s no restriction as to the number of conversions you can track and optimise for. This includes the custom conversions that you’ll be setting up based on the interactions you’re having on your site. Ideally, the standard conversions include lead, view content, purchase, and add to cart.

Pick a wrong objective and you don’t have to be reminded that you won’t be getting a desired amount of conversions.

No one understands the Facebook ad system better than Facebook themselves. They know its capabilities, and they even have a recommendation on the conversion type to choose. According to Facebook, the type of conversion you choose must convert at least 50 times per week on every ad you set.

These numbers are impressive. So should it turn out the number of conversions is far lesser than that, that means you chose the wrong conversion type. Another explanation is that perhaps you didn’t set the right budget for the campaign.

Facebook won’t know how to optimise your campaign if you don’t feed in enough data. You may find that Facebook recommendations are most of the time accurate. But you can’t expect them to be as effective as you entering the right amount of more specific data into their sytem.

If a great majority of your audience falls in a specific niche, where there’s only one type of product for them to buy, then your campaign can do with a minimum number of conversions.

Essentially, you need to get at least 50 conversions before the Facebook algorithm can look into your audience and dig out for more info about them so they can find you more users with the same behaviours.

So, at first, Facebook will have to rely on the data that you provide to link you up with qualified prospects. Without this data, it’s safe to say that Facebook knows absolutely nothing about what it is that you’re looking for.

You want your campaign to generate results. That’s the end goal in all this. But to make that happen, you have to change your way of thinking.

Facebook users aren’t going to click on your ad simply because you made one and posted for them to see. Before someone downloads your software or freebie or before they purchase a product or service in your pipeline, there’s a series of steps that they must follow.

That means, your initial engagement might not be the ultimate goal you have in mind, but a cue that helps you to move the user through the thinking process that precedes the final action.

Here’s the thing: You have an end goal in mind. But since your users aren’t going to respond to this goal just like that, you have to conjure up a plan comprising of all the steps a user is likely to go through before making that final decision.

This post barely scratches the surface of how to run an effective Facebook ad campaign. They’re more involved in this process than we can cover in a single post.

But before we sign off, we’d like to mention that there’s a whole lot a social media marketing agency such as us can save you with every time you’re running a Facebook ad funnel campaign. So why not give us a call today or shoot us a message via our contact box at MediaOne Marketing contact page? 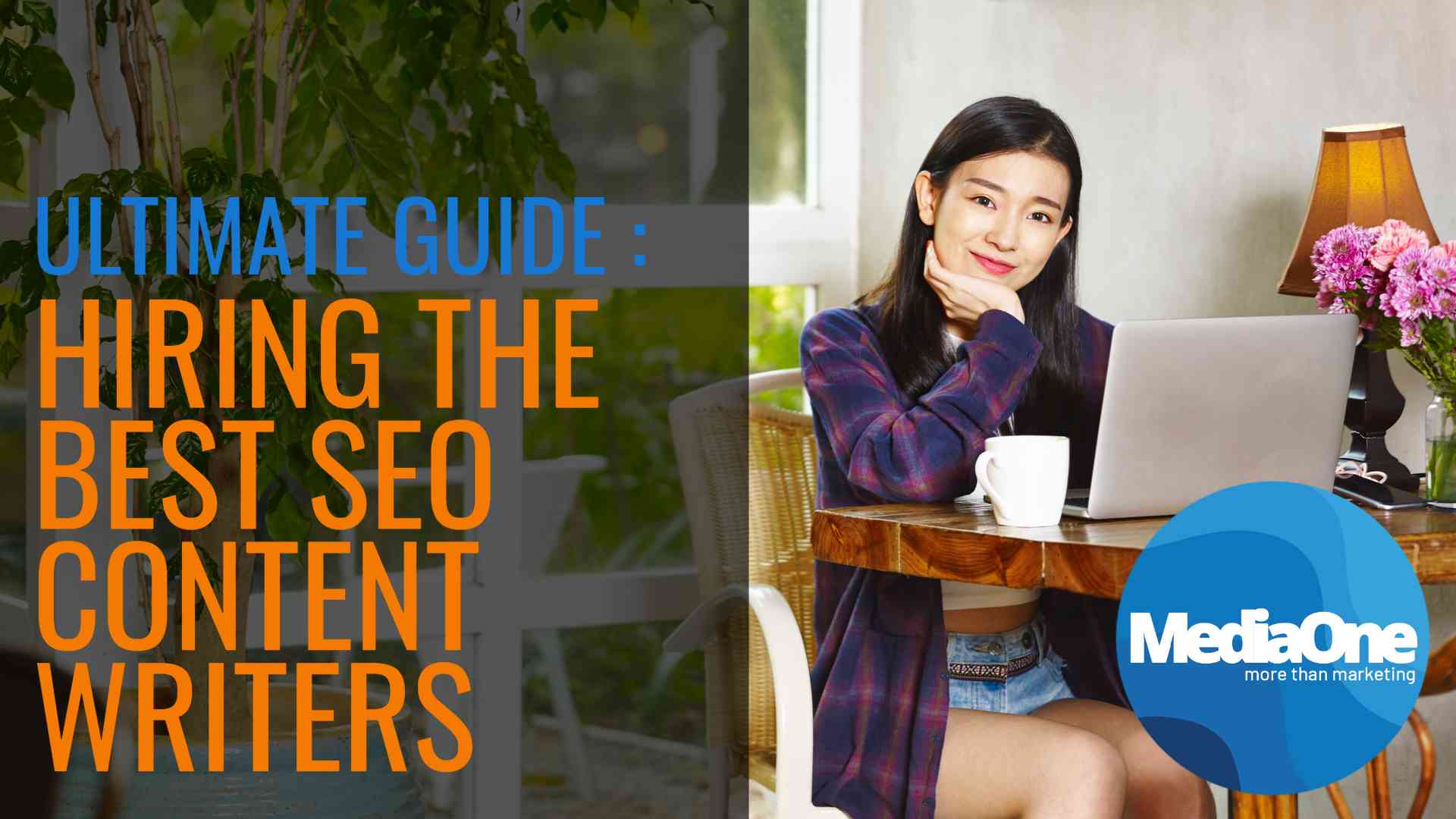