Most Popular Searches on Google in Singapore 2019 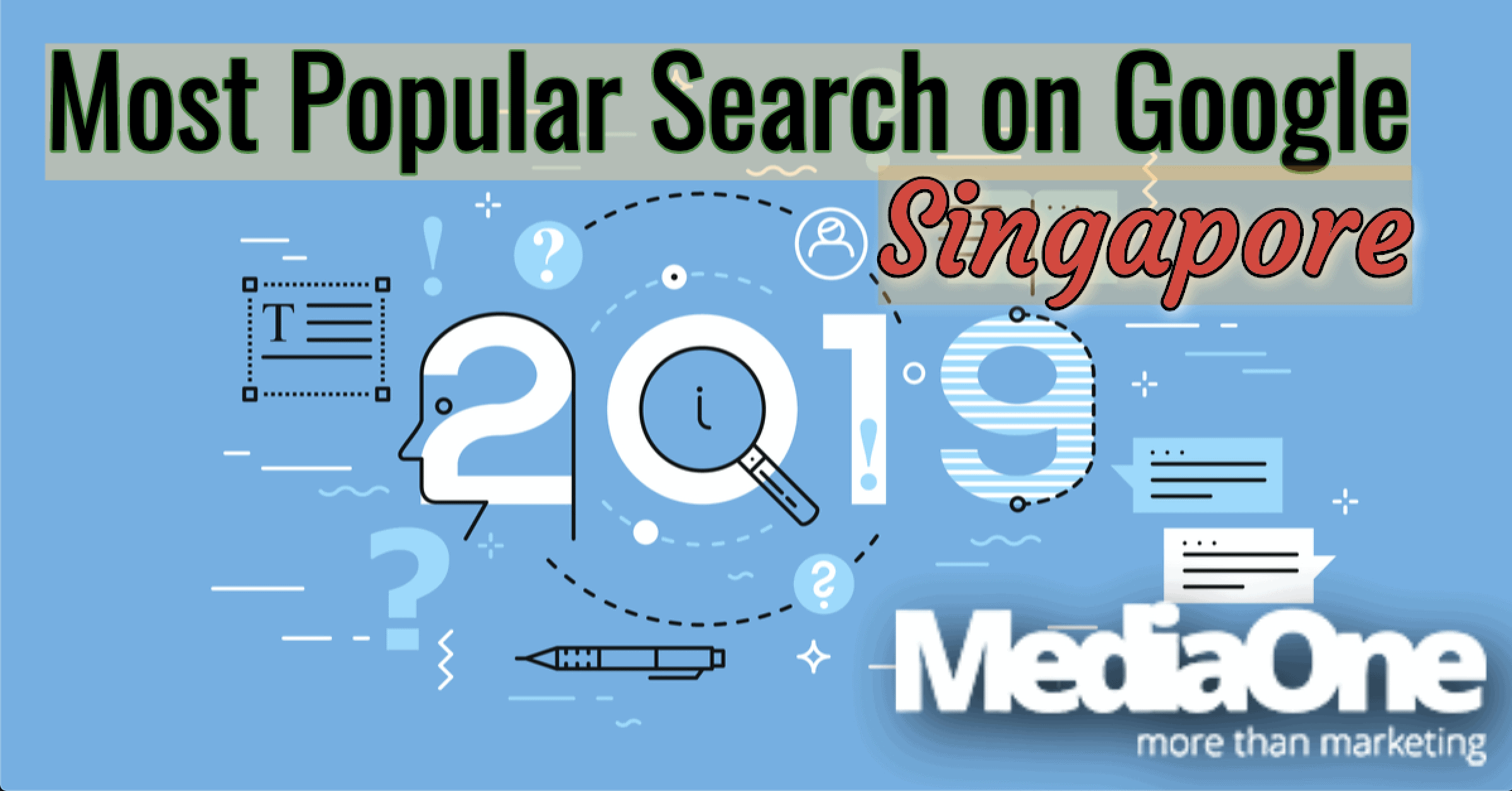 Time to reveal: The most popular searches on Google Singapore 2019

Looking for the most popular searches on Google in Singapore? Nowadays, they say you are what you google. 2017 was the year we saw fidget spinners trend. Taylor Swift also released her album, Reputation, that went on to top charts. Not forgetting the water bottle challenges on YouTube and Instagram, what a year!

With all that taking places we were curious about what Singaporean netizens searched most. And well, the results are worth looking at. Devices such as the iPhone 8 and iPhone X were the most searched. But let’s not forget that 2017 is the year ‘Wonder Woman’ was released and several other blockbusters such as the Fast and Furious 8 and Dunkirk.

Ed Sheeran and Coldplay also performed in Singapore so they also made the list. Though we’ve just named a few, here is the comprehensive list of the most popular searches on Google in Singapore in 2019.

Most Popular Searches on Google in Singapore

Wonder Woman – It seems like Singaporeans really did love Wonder Woman. Besides being the top trending movie in Singapore, it also saw positive reception worldwide. Maybe it’s because Gal Gadot did way better than most people expected.

The Beauty and the Beast came second. People were interested in their characters and original versions of the movie. Emma Watson was the lead character with Dan Stevens acting as the Beast.

Towards the end of 2017, Justice League, also did trend. Though many users thought they’d get something better than that. Singaporean users still showed interested in it. Though it’s far from great, the studded cast worked for it.

This list would not be complete without Fast and Furious 8. It takes the fifth spot just after Logan. People also googled its soundtrack. The personnel from universal always know how to make good music for their movies.

Other top-trending movies in Singapore include Christopher Nolan’s Dunkirk, Thor Ragnarök, The Mummy, and Alien Covenant. The movie, ‘It’, based on Stephen Kings book that goes by the same name also made the list.

Top Trending “Things to do in” Searches 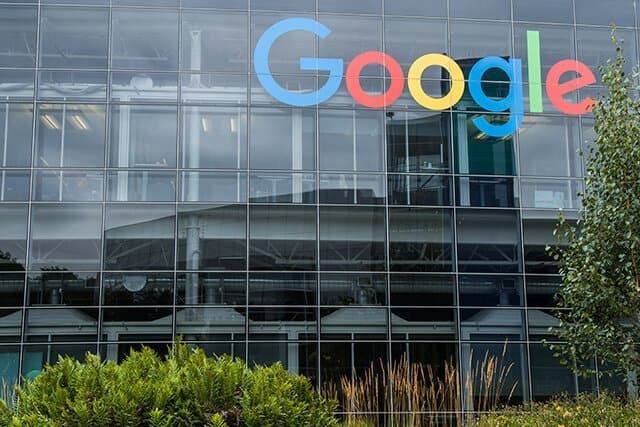 Things to do in Penang

Penang is one of the most famous spots in Malaysia. It’s a culinary paradise known for its unique dishes that most Singaporeans have shown interest in. Here you can either enjoy the diverse food or explore its gorgeous architecture. It’s a pretty interesting place. You can explore the tropical garden, visit Fort Cornwallis and learn some history, visit the temples or even sunbathe at the beach. There’s a lot to do here.

Things to do in Batam

Batam is located in Indonesia. It’s known for its beaches, water sports, and duty-free shopping malls. Its nightlife is pretty exciting.

Things to do in Seoul

Seoul is a huge metropolis. So, it shouldn’t come as a surprise when Singaporeans consult google to search for the best places to have fun in Seoul.

Things to in Krabi

Krabi is located in Thailand. It has very beautiful sceneries and white beaches that stretch for miles. It also covers a very large area with a jungle, and over 200 islands. It’s an ideal destination for foreigners.

Things to do in Phuket

Phuket has plenty of memorable things you’d be interested in. It’s also a good base from which you can explore it’s surrounding islands. The statue of the giant Buddha is actually located here. The night markets also offer plenty of interesting souvenirs at low prices. But there’s a lot more to do in Phuket.

Other destinations that Singaporeans googled include Tokyo, London, Malacca, and Taipei.

The SEA games led in this category. The 29th South East Asian games were held in Kuala Lumpur, Malaysia featuring both indoor and outdoor games. Artbox Singapore also made the list. A lot of people did attend this event, in fact, people complained it was too overcrowded so they had to look for larger space in 2018.

In 2017, the Singapore Grand Prix was also held at the Marina Bay Street Circuit. Lewis Hamilton emerged victorious as Daniel Riccardo and Valtteri Bottas took second place and third place respectively. It had an attendance of over 260,000 people. It was actually the best event in September 2017. Singaporeans googled this one a lot, given the dramatic start when Vettel and Verstappen crashed.

Amazon Prime also launched in Singapore, which got people pretty excited since it launched in the entire country at once. It was a good match for Singapore considering that its population is mostly urban and very tech savvy.

In April 2017, Ed Sheeran conquered Singapore’s indoor stadium by commanding the entire crowd with his guitar and lovely voice. The event generated a lot of buzz and was sold out. The performance was splendid, but that’s not surprising, it always seems like Ed Sheeran has the keys to our hearts.

Singapore also got its first female president, Halima Yacob. Other notable searches include the Star Awards and the 38 Oxley Road dispute over Lee Kuan Yew’s will regarding the estate.

The 2017 Wimbledon was one of the most googled international news in Singapore. Roger Federer became the first man to win the men’s singles eight times consecutively when he beat Marin Cilic.  Serena Williams missed the women’s singles due to her pregnancy. This time Garbine Muguruza took the lead and won her second Grand Slam title by beating Venus Williams.

The 2017-18 North Korean crisis also didn’t go unnoticed in Singapore. When Kim Jong-Un announced that his people were making final preparations for a missile that could reach the U.S, everyone was concerned.

We cannot forget Chester Bennington, Linkin Park’s lead vocalist who died in July 2017. Most people were curious about the kind of life he led and what led him to commit suicide.

When Hurricane Irma hit Cape Verde, it was recorded as the most powerful and catastrophic hurricane in the Atlantic. It made news worldwide.

Harvey Weinstein’s expose also took place in 2017. His sexual abuse scandals rocked the world, given how famous he is and the respect he used to command in Hollywood. More than 80 women made allegations against him. Mayweather and Connor McGregor’s fight also took place this year.

13 Reasons Why led in this category. The show is popular with viewers over 18 because it is so realistic for that age group. It sparked a lot of controversies since most people have seen the stuff that happens in the show or even experienced some of it.

Game of Thrones made the list but this shouldn’t come as a surprise given how popular the show has become, with fans trying to predict what will happen in the next season.

Goblin was one of the top Korean dramas that occupied this year’s list of trending TV shows. Other reality shows that made the list include Bigg Boss, the Indian TV show and Eternal Love, a Chinese TV Show that were the fifth and ninth respectively.

Every time Apple releases a product, it attracts lots of attention. The iPhone 8 and iPhone X were launched in 2017 and were the most searched devices. The Samsung Note 8 came third and the Razer phone fourth. Gamers loved Razer Phone since it was built with gaming in mind with its unique 120Hz display.

Among searched features, Brands such as Ezbuy and Lazada also made the list. Disruptors such as Circles.Life the telecoms company and the new bicycle sharing app, oBike were also the most searched. However, Pokémon Go still dominated the list. The game is so addictive even in Singapore. However, it’s position can be attributed to Sgpokemap. Singaporeans use it to help them in the game as a tracker.

Here are the leading brands from googles “year in search” in Singapore:

When combined, here are all the top searches in every list:

There you have it, these are the most popular searches on Google in Singapore today. Wiring your content marketing strategy around these trends will give you a better chance of getting more traffic from search engines. If you are lucky, your content will go viral thereby boosting your business visibility online.

Contact us today for custom website design as well as digital marketing services in Singapore. Great content needs to be displayed in a website that is professionally designed to give you the results you are looking for in the current competitive digital marketing realm.

Type of marketing that involves the creation and sharing of online material (such as videos, blogs, and social media posts) that does not explicitly promote a brand but is intended to stimulate interest in its products or services. How do you measure the success of your customer service team? Is it by the number of tickets they close? The number of calls they