It’s All About The Granfluencer: Power To The Grey 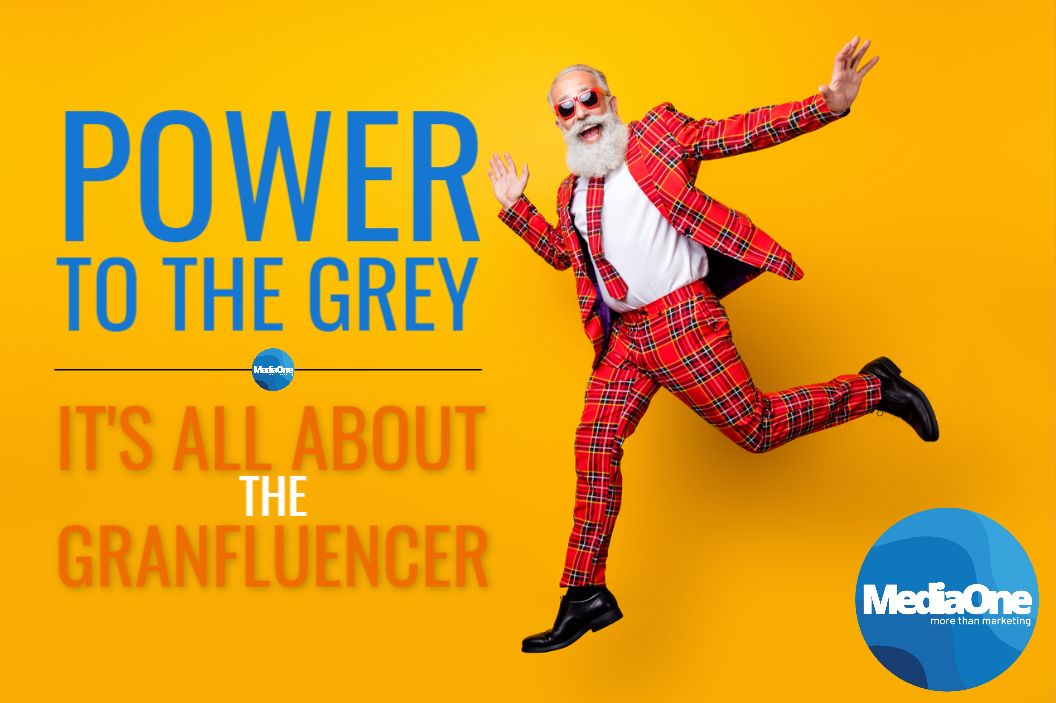 Influencers have immense sway over their audience. They are selling lifestyles and products to the masses and are doing an incredible job of it. Take Amanda Cerny’s “your daily dose of happiness” for example; at only 28 years of age, she is delivering this daily dose to over 36 million followers. The French comedian Cyprien brings his unique brand of humor to more than 30 million people — that’s a lot of sway when it comes to selling products. But it’s not only about the youth. ‘Granfluencers’ are a powerful breed of influencers who are of the older generation, and who might just know their way around social media better than you. The rise of granfluencers proves that there is immense value in wisdom and experience.

Granfluencers are here to change your perspective of seniors – they are ripping up these stereotypes, chewing them up, and spitting them back out. They are influencers that are showing you that you can be fabulous, whatever age you are. They are letting you know that there is fun and an amazing quality of life to be had, even if you are 99 years old. In Singapore, the majority of influencers, like Yoyo Cao, Andrea Chong and Willabelle Ong are under the age of 40. The senior market is a fairly untapped resource, but by using a granfluencer, you can show that your business is thinking differently from all the others.

One thing to note about the granfluencers is that they are not just marketing their fashion and lifestyle choices to the internet users their own age. They are inspiring every generation with their attitudes. In a world where #yolo is tweeted millions of times everyday, the granfluencers are reminding everyone that you have to grab life with both hands and run with it – we need to make the most of every single opportunity that is presented to us. They are telling us to celebrate our differences instead of using them to spark hatred, and most of all, they are spreading the message to be who you want to be, whatever age you are.

Baddiewinkle is an internet sensation that is a badass delight to her 4 million followers. A proper “glam-ma,” she has an attitude that even 15 year-old girls are embracing. Combining sass and a wickedly sharp sense of humor, this 91 year-old has the tagline, “stealing ur man since 1928.” Originally from Kentucky, Helen Ruth Elam began taking the world by storm in 2014, after her granddaughter posted a picture of her beloved Grandma wearing a pair of cut-off denim shorts doing a peace sign. This simple photo told people that Baddie was a woman who didn’t care what people thought of her.

Baddie’s unique branding is of a rebel Grandma who doesn’t have the words “age appropriate” in her vocabulary. She has shown other retirees that you can make the most of your income, live frugally, and still make an impact. If you understand and keep track of your money, it can open doors for you, and you can even generate more income. This shows that Baddie is definitely both smart and sexy. You can watch her slaying the red carpet in a way that Beyonce only dreams of. Then there are the selfies taken at music festivals with Diplo and the hilarious videos where she is lip-synching better than Ru Paul along to music by Drake. Baddie has a sense of fashion that sets her apart from other ladies of a similar age. You can scroll down her profile and see her strutting her stuff in club t-shirts, neon pink swimwear, faux-leather miniskirts, and the blingiest tracksuits you ever laid eyes on.

Relating to her audience

Even though Baddie can be seen on the catwalk and photographs as a senior fashionista, she is still open and brutally honest with her audience. Baddie has talked online about the loss of not only her husband, but also her son. Her conversations about grief and mental health have been valuable to her followers. She may be an internet celebrity, but she is still just a human, and she has the same worries, fears and troubles that we all have. Baddie also talks about her own health issues – most recently her hip replacement. She gets support from her followers and gives it back in spades.

It’s a man’s world too

It’s not just the ladies that are marketing greatness though. Check out the Instagram account of Irvin Randle #MrStealyourGrandma. He is one seriously hip school teacher that brings his own stylish swagger to Instagram. Irvin rocks urban fashion, showing everyone that clothing definitely does make the man. When he’s not doing photoshoots, Mr Steal Your Grandma is doing an outstanding job of coaching other men about the importance of self-esteem. If there’s anyone that can boost a marketing campaign, it’s an influencer that isn’t just about themselves – they are about helping other people too.

Using granfluencers in your own marketing

Never underestimate your audience – they are shrewd, and they aren’t easily fooled. A young, beautiful model might look fabulous marketing your product, but are they realistic? Will they really appeal to the audience that you are trying to reach? Using a granfluencer might actually add gravitas to your campaign and boost your brand image. Being forward-thinking and fashionable is important, but so is having the face of wisdom and experience. A granfluencer really could be the best of both words – they are rebelling against society and stereotype, but are still immensely popular with an audience of all ages. By breaking all the rules, they are showing the world that you really can be free.

If you are trying to find an influencer to head up your social media campaign, then look for someone that really is living their best life. They could give your marketing material the gravitas it needs to make your services and products a complete success. As Lyn Slater, the accidental icon says, “nothing like a few wrinkles to make life more interesting.”