How Cryptocurrency Is Reshaping Singaporean Marketing 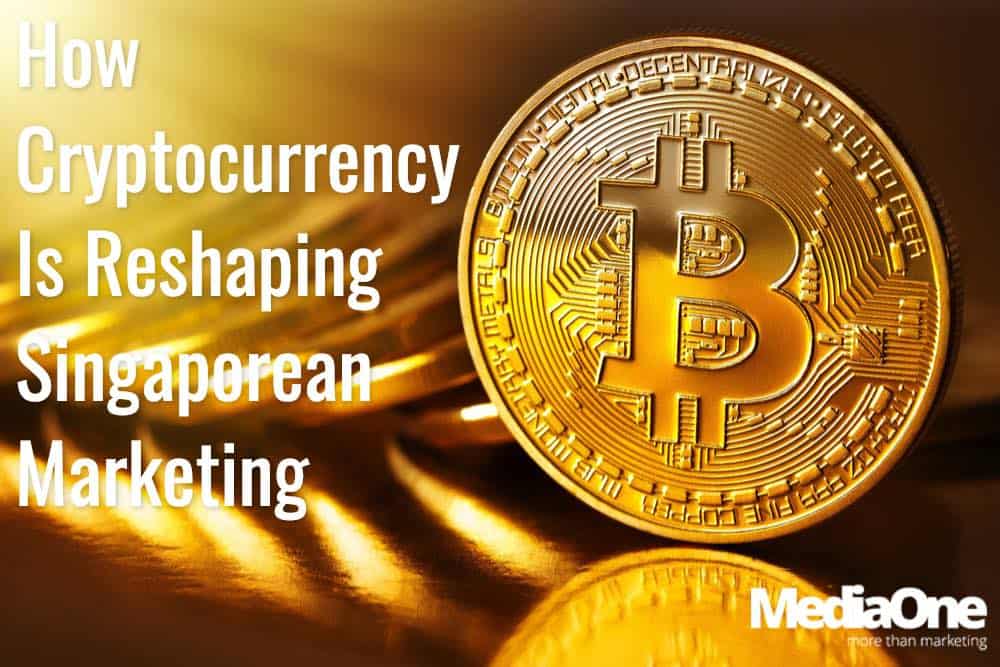 In late 2018, Singapore moved another step towards the thorough introduction of cryptocurrency into the Singaporean economy. The process to interweaving an entirely new currency is a long and complicated one, while simultaneously seeming as easy as simply accepting a new currency.

With such a massive move as introducing a new currency, one can expect to see a complete change in how marketing targets customers, both from an online and in-person perspective, as well as a shift in the use of technology and social media for such a purpose.

The most important thing to understanding how any entity, whether it be a product, currency, or some other such item, is affecting a market is to understand what it is. Cryptocurrency marketing is, to put it simply, a digital currency with no physical representation to be exchanged between individuals and businesses.

Unlike traditional currency, cryptocurrency marketing avoids the heavily regulated and fee-intensive banks in the transfer, saving on fees. Transactions are tracked and cataloged in a “blockchain” system that holds vital information that traditional transactions also hold, such as timestamps, amounts, and other vital data.

There is also a finite amount of them, such as the 21 million bitcoins that currently exist. Their bankless nature allows easy trade across borders, and their conversion rates differ depending. One cryptocurrency does not equal the same amount in another, just as Singaporean, Canadian, and United States dollars all have a different value from each other.

Finally, they coexist and mesh with Virtual Private Networks or VPNs. Doing so helps to mask one’s online actions. This makes one harder to track, which makes cryptocurrency harder to hack or steal, and which means it’s incredibly vital to ensure proper steps in picking a safe and effective VPN.

Currently, a single bitcoin is worth just shy of 5,000 SGD. While the Singaporean government does not view cryptocurrencies – Bitcoin, Ethereum, Dash, and Ethereum to name a few – as legal tender, cryptocurrency exchanges are legal with no registration required. This means that there are plenty of businesses of all sorts that happily accept cryptocurrency as valid tender for a purchase.

How Does It Affect Marketing?

Cryptocurrency affects marketing in the same way that the introduction of any new currency would affect marketing. Everything is reshaped too, more than anything, show that a business supports and accepts the cryptocurrency in question. After all, what point is marketing if the customers being reached aren’t aware that their cryptocurrency is completely valid tender for the transaction?

Due to the clear and interwoven meshing with VPNs, companies also are likely to partner up on marketing. Few if any cryptocurrency users operate without a VPN, as losing even a small number of cryptocurrency credits is akin to losing thousands. Companies may host or even sponsor certain VPNs, or conversely allow VPNs to sponsor them, as a clear sign that they accept cryptocurrencies.

In fact, cryptocurrency has affected marketing more in a decade than most trends or crazes have. It’s even gotten to the point that Singapore held a national holiday in October of 2018 to commemorate the tenth anniversary of their invention. The illustrious launch of “Token Day” was held in Singapore to help in getting the public more familiar with cryptocurrency, specifically in a retail setting rather than existing solely as a currency to be mined and traded online.

While this holiday was mostly established to help to familiarise the public with cryptocurrency, it held the added bonus of being fantastic marketing for the thirty retailers that participated. Each of them secured a spot as a cryptocurrency-friendly set of retailers in a world where that could be all one needs to set them apart.

Even better, they did so to a group of customers that were attending the holiday specifically to learn about cryptocurrencies. This cements the businesses as some of the first names these customers would think of at any point that cryptocurrency was discussed, whether it be subconsciously or knowingly.

Furthermore, it helped to market Singapore as a cryptocurrency-friendly nation, helping to further establish their reputation as a “capital of cryptocurrency” and helping drive global cryptocurrency markets towards the nation.

Holidays have been declared for marketing purposes for quite some time. The United States is famous for their day after Thanksgiving, Black Friday, in which practically every business participates in massive sales and increased volume. This holiday has even spread over to the United Kingdom and much of Europe.

Could Token Day be the Singaporean equivalent of Black Friday as a cryptocurrency-centric retail marketing day? It certainly isn’t unprecedented, and it’s a possibility completely opened up by the new marketing of cryptocurrencies.

Cryptocurrencies are established to be an entirely digital and online entity with no physical manifestation or equivalent. That means that they exist entirely online, which forces companies to cater more to an online world. Marketing companies now absolutely must have some sort of online presence, or they risk completely falling out of the incredibly profitable market of cryptocurrencies.

Nowhere is this more clear than social media. Companies will often hire or otherwise commission advertisements from social media influencers that are linked heavily to cryptocurrency. There’s also an increasing upsurge in organic marketing from companies that make their own social media campaigns and posts to ensure that they’re caught up in the cryptocurrency craze.

There’s also been the spread of western holidays such as Cyber Monday, a retail holiday that takes place entirely online. Similarly, Amazon consistently runs sales holidays and has even declared the existence of “Prime Day” as their Amazon-centric worldwide holiday. While Amazon currently doesn’t accept cryptocurrencies, they’ve publicly registered many cryptocurrency-related domains. This move is leading many to believe that they’re reworking their economy to accept this new range of currencies.

Cryptocurrencies have only been around for a year, and yet their cultural and economic impact has been profound and thoroughly changing. One can only expect this trend to continue, as nations like Singapore continue to lead the charge into fully embracing and accepting cryptocurrencies as a legal tender.

What ramifications and changes this could lead to down the line are unknown, but from the complete overhaul of customer marketing that cryptocurrencies have already caused, one can only expect great things in the future.