3 Essential Lessons for Anyone Learning Web Development in 2018 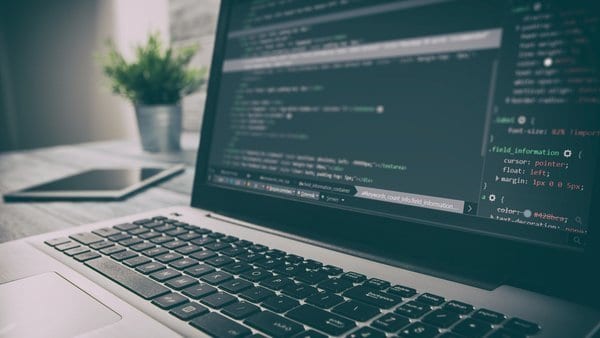 So, you finally made up your mind to learn web development and join the growing number of developers all over the world. At this point, you must be wondering where to start, which is why we have put together a piece on the 3 essential lessons for anyone learning web design in 2018.

First of all, you need to understand that web developers have been in existence since the emergence of the internet. Who do you think was developing websites for companies more than two decades ago?

The only difference nowadays is that becoming a web developer doesn’t require any formal education. The information available on the internet is overwhelming. Many people have used the internet to learn not only about web development but also other industries such as health and finance.

Web development is currently among the most marketable industries in the world. There are millions of organisations/businesses which need websites in order to effectively reach out to their target audience. Before you start learning web development, consider the following three factors:

The subheading is self-explanatory. Before embarking on any project, it is important to understand what you are doing. There are thousands of other people like you who are learning web design. How do you make yourself an extraordinary web developer?

You probably want to learn web development for fun or to make a career out of it. Whatever it is you want to do, you need to have a goal. There are two areas of web development that you can get into: frontend and backend. We will try to explain them.

Frontend is basically what the internet user interacts with after a page loads. It includes all the imagery, colour, icons and copy and all other components of web page.

On the other hand, backend developers focus on the part of web development that manipulates, stores and processes data. It’s basically how an application/website functions. In most cases, backend developers possess good problem solving skills and are more interested in the functionality of a website or application. Programming languages associated with backend web development include Ruby, Python and PHP.

Chances are you will choose either of the two options we have explained above. The point here is to know what interests you and focus on it as you keep learning. Before taking your pick, however, ensure that you know the basics of web development, for instance, CSS and HTML.

The good news is-we don’t need that in 2018. The internet contains so much knowledge that if you are a beginner, you will be overwhelmed. It is possible to learn all there needs to know about web development on the internet. Another advantage is that there are hundreds of developers who gained their knowledge though the internet.

If anything, you are in a better position because you will be cushioned against some of the mistakes they made while learning. There are lots of platforms offering learning material-from Udemy and Lynda to video-sharing platforms such as YouTube.

After several weeks or months of consuming material from these platforms, web development becomes more complex. Just as we had said earlier, you are not alone. There is a community of developers out there who are at various stages of learning just like you.

Some of the platforms you can use to connect with other developers include Quora, LinkedIn and StackOverFlow. You will find all types of developers those who learnt web development in college and those who are self-taught like you. If you face a challenge, you will find ready answers in these communities.

Learning any skill online is way different from doing it in a learning institution. When starting out, most web development enthusiasts think that they will always be different from the ‘traditional developers.’

In the course of learning, there will be periods of self-doubt where you will wonder if you will really become a web developer after finishing the courses. There is a notion among some people that they will never be as good as ‘real’ web developers. This is a misconception.

First, there is no clear definition of how a web developer should operate. There are millions of developers in the world and all of them have different levels of skills. Usually, during the first weeks, you will learn how to code and start experimenting with small projects. Doing this consistently for a few months, or even for more than a year makes you a good developer.

There is no authority when it comes to web development. There here may be a few experts who possess more knowledge than the average web developer. But that is only around ten per cent. Most developers are unique and when they work together, they can learn a lot from each other.

The beauty with web design is that you will keep discovering new things as you keep on learning. At first, it may seem a bit difficult for you as a beginner but as your gain knowledge, you become more confident in your skills.

Web development is here to stay. Businesses people have discovered that there are millions of people who use the internet on a daily basis. The conclusion? Most businesses strive to reach out to these people through websites.

Considering that the number of people making purchases online is on the rise, it is only logical that a business builds a website. The tasks of developing applications and websites is performed by web developers. This is a motivation to anyone out there who is having second thoughts about learning web development in 2018.

PrevPreviousWhich A/B Testing Tool Should You Use?
NextHow To Improve Your Digital Marketing In SingaporeNext